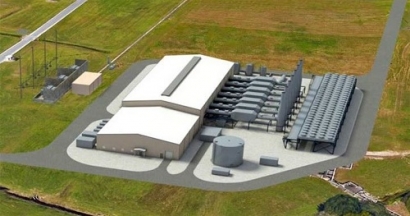 Burns & McDonnell has been selected by Entergy New Orleans as engineer-procure-construct project manager for the plant.

Construction is anticipated to begin later in 2018 and the new plant is expected to be commissioned and fully operational by January 2020.

The $210 million New Orleans Power Station will feature Wärtsilä reciprocating engine technology providing flexible, fast-start power that can be ramped up or down quickly as system demands dictate. Each of the seven Wärtsilä 50SG reciprocating engines to be installed within the power facility can be separately dispatched, even during a "black start" scenario such as a major storm, when no power is available on the surrounding grid.

"Wärtsilä's Smart Power Generation solution offers the flexibility needed to go offline and restart quickly multiple times per day and has achieved a remarkable track record since its introduction, as it is a key enabler for integrating renewables into power systems," commented Javier Cavada, President, Wärtsilä Energy Solutions.

Each of the natural-gas fired engines can provide continuous efficient operation from 25-100 percent of its rated output.

"Reciprocating engine technology has proven to be an excellent way to balance the intermittency of power output from renewable sources," says Rick Halil, President and General Manager of Burns & McDonnell's Energy Division.