Friday, 24 July 2020
1
Robin Whitlock
A recent online poll by YouGov has found that fewer than one in four British citizens (23 percent) think electricity generated by burning wood biomass from forests should be classified as ‘renewable energy’, while 55 percent oppose continued Government subsidies for wood biomass energy. 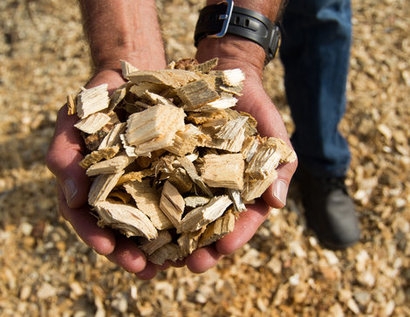 Currently, the government gives more than £2 million per day in subsidies to power stations that burn biomass instead of coal (coal-to-biomass plants), such as the Drax power station in Yorkshire.

Instead, 82 percent of respondents agree that the UK should aim to preserve recent improvements in air quality by switching to energy sources with no associated air pollution emissions. While the public overwhelmingly backs support for wind (80 percent) and solar energy (82 percent), only 3 percent say the Government should help companies that burn wood sourced from forests overseas, the poll found.

Research on this issue does seem to indicate that burning biomass, particularly at large-scale, releases more carbon pollution than coal at the plant smokestack and emits dangerous air pollution. The UK is currently the largest user of biomass electricity in Europe. Nearly all UK biomass for large-scale coal-to-biomass plants is imported from overseas according to research by the Office for National Statistics (ONS).

In the case of Drax, conversion of this plant in particular, from a former coal-burning plant to wood biomass, has largely relied on imports from forests in the southern United States, leading to complaints from environmental groups such as Biofuelwatch and Dogwood Alliance that this activity is having a detrimental impact on American old-growth forests. These groups claim, with more than a little justification, that the wood for these large coal-to-biomass plants is destroying habitats and wildlife. The data obtained by YouGov shows support for the protection of these natural forests and the wildlife that depends on them, with 85 percent worried about the impact on wildlife if trees in forests are being cut down to generate electricity.

There has been a long-running debate over this issue for several years. The biomass industry believes that burning forest wood as fuel in power stations is ‘renewable’ because the carbon dioxide (CO2) it emits is reabsorbed by new trees.

However, environmental groups respond that this process takes decades. When asked how many years it should take for a low or zero carbon energy source to reabsorb the same amount of CO2 it emits into the atmosphere, 58 percent of respondents said within ten years and just 18 percent think it should take longer. 57 percent of respondents do not believe electricity generated in this way should be classed as ‘renewable energy.’

Small-scale biomass plants, often at farm-scale, rely more often on locally-produced wood products and woody waste from construction projects and other activities, as well as other non-wood feedstock such as energy crops, agricultural waste, food waste and non-wood industrial waste. However, there is an ongoing debate about these plants also.

“The views of the public are clear: Burning wood for electricity is both unpopular and destructive” said Sasha Stashwick, a senior advocate with NRDC. “It’s time for the government to end the wasteful subsidies for this polluting industry – especially when people don’t even consider it to be renewable energy. In this respect, our data shows a striking disconnect between government policy and public opinion.”

Almuth Ernsting of Biofuelwatch added that no technology that pumps more carbon into the atmosphere or destroys forests should ever be receiving billpayer funds and that with household budgets already under pressure, the UK cannot continue to waste precious subsidies on [what she claims] is a fake climate solution that increases electricity costs.

“This is especially true given our abundance of affordable, clean and truly renewable energy sources like wind and solar power” Ms Ernsting said.

23 percent of the public agree that the UK Government should subsidise power stations to generate electricity by burning wood biomass as part of the UK renewable energy strategy. 55% of the public disagree with this.

Last month, the same coalition of environmental advocacy groups launched Cut Carbon Not Forests, a campaign to remove subsidies from companies that burn trees for electricity and shift the savings to genuinely clean and renewable energy solutions.

Tags: Biomass ,Renewable energy ,Electricity ,Waste ,Fuel ,Biofuel ,Solar ,Wind ,CO2 ,Canada ,Europe ,Hydro ,Hydroelectric ,Saving ,United States ,Carbón
Add a comment
Theo
How can it not be renewable? A tree produces 100s or 1,000s of seeds each of which has the potential to grow the same amount of trees. What is happening is that people aren\'t replanting what they\'re cutting down so they aren\'t considered renewable becausenergy of people\'\'s lack of respect for nature.
wind