Helping the Environment Through Ecotourism

Tuesday, 19 November 2019
0
Crystal Huskey
While tourism benefits local economies, there are some definite drawbacks. Many of the world’s most popular tourist destinations are dealing with overtourism, which is disruptive to the local way of life as well as to natural habitats. 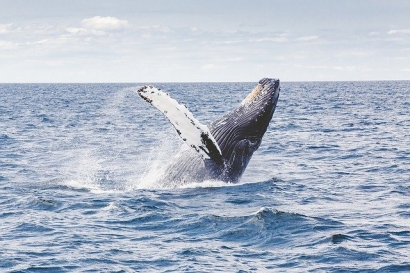 A recent example of this is the Mona Lisa painting in Paris. Eighty percent of visitors to the Louvre, where the painting is housed, come specifically for that painting. The museum is suffocatingly crowded, according to staff, as Mona Lisa’s star continues to rise.

The problem on the coasts

Humans have a history of creating havoc in and around the oceans. With whaling and sealing on the high end of damage, and overdevelopment, irresponsible scuba diving and snorkeling on the lower end, oceans and coastal areas need some TLC. Around 80 percent of all tourism takes place in coastal areas. That alone creates a strain on coral reefs, the marine population and other marine habitats.

That’s where marine ecotourism comes in.

Marine ecotourism focuses specifically on activities that take place on the coast or in the ocean. It includes activities like eco-friendly boating, dolphin and whale watching, snorkeling, scuba diving and fishing, but in a sustainable way and with an emphasis on education.

Ecotourism has been defined as “leisure travel that provides tourists with an educational and adventurous experience visiting complex and fascinating ecosystems and their associated cultures and traditions” by Marine Bio, a marine conservation organization.

It’s a form of tourism that is designed to have minimal impact on the environment and culture, which is the opposite of traditional tourism. Massive influxes of tourists add to the pollution and water needs of a local population and can put natural habitats and ecosystems under enormous pressure.

Creating a New Point of View

One of the most popular forms of marine ecotourism is whale watching. Whales are worth more alive than dead these days, after decades — maybe even centuries — of whaling. While commercial whaling is banned in most countries, Japan, Norway and Iceland have continued the practice through finding loopholes or just rebelling against the international law.

In 2015, the industry generated $8 million dollars.

Mexico is another example of this. The shark watching revenue in the Gulf of California region represents more than half the value from shark fisheries in the country. Ecotourism has become a much-needed source of employment in the Gulf of California (and other coastal regions) because of warming ocean temperatures, extreme weather events that are taking place more often than they have in the past, and declining fish stocks.

WildSea Europe says that ecotourism puts people and nature at the forefront of tourism. It creates alternative sources of employment for people who have traditionally relied on environmentally harmful practices, like sealing in Canada, for work. In Newfoundland, Canada’s main sealing province, over 1.3 million people participated in whale watching. That contributed to nearly $20 million to the local economy and is seen as a possible alternative to the sealing economy.

Ecotourism Australia says that “ecotourism has rocketed from an unknown entity to global phenomenon in the last 30 years and nature-based tourism already makes up 75 percent of the international tourism market.” Travelers now prefer environmentally friendly tourism. It’s an example of knowing better and doing better, and can make a positive impact on conservation efforts on the coast and in the ocean.

Crystal Huskey is a content writer at PTACUnits.com, an online retailer of new and reconditioned PTACs, along with a full range of parts and accessories.