Electric Vehicles to Pave the Way for a Pollution-Free Future 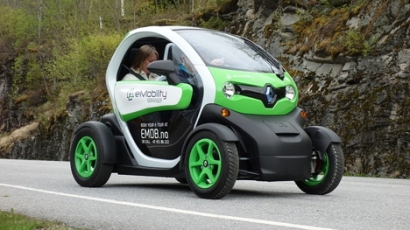 In this world where carbon emission and pollution are a major concern, electric cars are speeding up to be more appealing. In comparison with petrol or diesel cars, electric vehicles emit fewer greenhouse gases and air pollutants. With more technological advancements, electric cars have made huge strides, in recent years. Almost every major worldwide automaker is initiating to develop all-electric models these days. On the other hand, patrons are also getting attracted to the idea of having an electric vehicle in their driveway.

The electric vehicle carries a number of benefits over diesel and petrol cars. Let’s dive into some of these advantages.

Lower costs for running and maintenance:

Good for the environment:

An electric vehicle is less polluting as compared to traditional cars, as it has zero exhaust emissions. In addition, electric vehicles can be charged using renewable energy, this can reduce greenhouse gas emission even more. On the other hand, manufacturers as well are taking initiatives towards more eco-friendly ways of production for electric vehicles. Several companies are using recycled and bio-based materials for manufacturing electric vehicles.

Several recent researches have shown that some features in electric vehicles can improve safety. Electric vehicles have a lower center of gravity, which lessens the chances of the vehicle to roll over. Also, the risks of fires and explosions are less in an electric vehicle. On the other hand, it reduces harmful exhaust emission and offers better air quality. This leads to rectify several health issues regarding air pollution.

Owing to the benefits associated with an electric vehicle, the interest in it is growing as well. The trend of innovation has reached the market and the market players are hitting the market with innovative launches. Recently, the German auto giant Mercedes-Benz, has unveiled its launch of the fully-electric vehicle in India. The EQC, a five-seater battery-powered support utility vehicle (SUV). Followed by the EQC edition 1886, the new EQC has a water-cooled onboard charger with an output of 7.4 kW which supports charging with the alternate current. Another option offered for charging the EQC is with the Mercedes-Benz Wallbox. The Wallboxoffers faster charging than DC charging. The EQC can be charged with a maximum output of nearly 110 kW, based on the status of the charge. Furthermore, the EQC is powered by an 80kWh battery connected to a motor that produces a maximum output of 300kW (408 hp), offering the SUV a driving range of 471 km. The vehicle can reach 0-100 kmph in 5.1 seconds and has a peak speed of 180 kmph. Also, the EQC can be charged from 10 percent to 80 percent in 40 minutes with a DC charger. Moreover, the company also plans to expand the range of EQC by introducing other innovative electric vehicles.

Following the trend, another leading automobile manufacturer, Tata Motors, has revealed its first-ever electric truck Ultra T.7 Electric, as a part of Auto Expo 2020. With Auto Expo 2020, the company has initiated to build a sustainable future via innovative mobility solution in India. The Ultra T.7 Electric truck is termed as India’s first intermediate commercial electric truck. According to the company, the Ultra T.7 electric truck can be fully charged in nearly two hours with a DC fast charger. The truck is designed to offer faster turnaround time, advanced payload capacity, easier maneuverability via its narrow aerodynamic cabin with a sharp turning circle radius. Moreover, the company also looks forward to bring more of such innovative solutions for people and goods transport.

The advancements, and innovative launches, have augmented the growth of the market. A report by Allied Market Research reveals that the global electric vehicle market is expected to reach $567.29 billion, supported with a CAGR of 22.3% by 2025. The rise in demand for fuel-efficient, high performance, and low emission vehicles, and stringent government regulations towards vehicle emission have fueled the market growth. On the other hand, advancement in technology, and proactive government initiatives would offer the market to grow exponentially.

Master degree in English Literature and presently is working as a content writer with Allied Market Research.