Tuesday, 19 October 2021
0
Robin Whitlock
Four-in-10 parents in the UK would already prefer their children to jump straight into a fully electric vehicle and skip petrol and diesel car driving when learning to drive, according to new research by Peugeot UK. 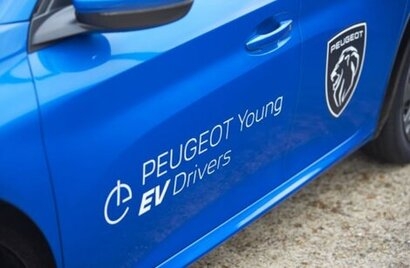 Nearly a third believe it will be harder to learn to drive in an EV and harder to own one. Following the study, Peugeot took a group of 10 -16-year-olds to a closed circuit to showcase how simple learning to drive and owning an electric car is.

Highlighting the rapidly growing trend among both parents and future drivers towards electrification, the research also comes after a record sales month for electric vehicles in the UK, with more than 32,000 fully electric cars registered in September 2021 alone.

While the lower running costs and environmental benefits of electric vehicles are well understood, Peugeot’s research also found 28 percent of respondents believe learning to drive an electric car and owning one would be more difficult compared to a standard petrol or diesel model.

“Our new research highlights how more people across the UK are seeing the positives of electric vehicles” said Julie David, Managing Director of Peugeot UK. “Electric vehicles are becoming increasingly popular, and it is important that future generations are aware of the benefits that come with owning an EV. Our day with the young drivers has demonstrated how accessible electric vehicles can be for anyone thinking about their next car. We hope they enjoyed their time with us and found it to be a useful insight into the world of EVs.”

Following the young drivers’ lesson, the children went head-to-head against their parent in an EV challenge to see who could conserve the most miles over a set route. Driving six laps of the course, covering over three miles, the young drivers utilised all the skills they had learnt about electric driving to come out on top, conserving twice as many miles as their parents.