Thursday, 26 July 2018
0
Dan McCue
Electrify America, a subsidiary of Volkswagen Group of America, headquartered in Reston, Virginia, and the City of Sacramento in California have inaugurated new projects designed to increase access to zero-emissions vehicles (ZEV) in the Sacramento region, expand ZEV technology use, and prepare the City for future electric vehicle adoption. 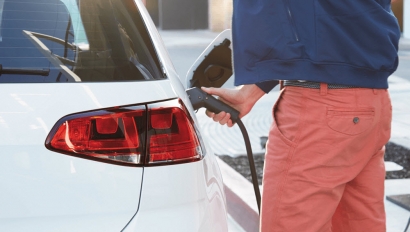 The projects – which include two new car sharing services, new ZEV bus and shuttle routes and state-of-the-art electric vehicle charging systems throughout the region – are part of Electrify America’s Green City Initiative, which was announced by the company and city officials in 2017.

“Our partnership with Electrify America is a key piece of the City of Sacramento’s effort to become a national center for testing and development of alternative and autonomous vehicle technologies. And just as importantly, the new shuttles and car services connect this new technology to our neighborhoods by increasing mobility options for residents, particularly in economically disadvantaged areas,” said Sacramento Mayor Darrell Steinberg.

• CAR SHARING – The company is investing between $15 and $18 million for the launch of two ZEV car share services within the City of Sacramento which complement each other with different service areas while providing the same easy access.

• ZEV BUS/SHUTTLE SERVICES – Electrify America is investing between $11 and $14 million in a ZEV bus service and an on-demand micro-shuttle service. To support powering the fleets, Electrify America will also install charging stations with ultra-fast chargers to power each service.

• EV CHARGING INFRASTRUCTURE – With an investment of $14 million to $16 million, Electrify America will install more than 10 ultra-fast EV charging stations in the Sacramento region which will be available to the public. The charging stations will have a range of power from 50 kilowatts (kW), which is most commonly used in today’s electric vehicles, to 150 and 350kW.

The specific details on each of these ZEV initiatives - car sharing, bus service, micro-shuttles and charging infrastructure – will be announced closer to the launch of each service, with a roll-out of initial services anticipated in late 2018.

Overall, Electrify America is investing $800 million in California over 10 years to support the increased use of ZEV technology with more ZEV infrastructure and education.