Tuesday, 04 May 2021
0
A recent survey by professional services company GHD has found that 46 percent of UK consumers, who do not currently own a hybrid or electric vehicle (EV), would definitely buy or seriously consider buying an EV in the next five years. 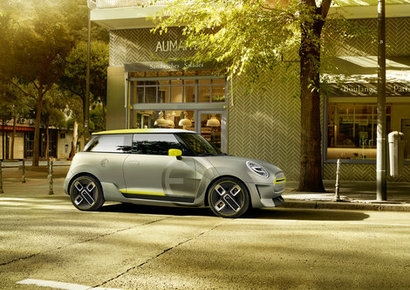 This figure rises to 66 percent when taking into account those who would seriously considering buying an EV but currently believe there to be too many barriers to purchase.

While the UK government’s recently announced ten point plan prioritises the adoption of EVs, the survey clearly shows that there are challenges to the rollout in the UK. Of those that are interested in buying an EV, 47 percent responded that they were not confident they would have access to reliable charging infrastructure locally. This was particularly high among those living in rural and suburban areas, with 46 percent and 52 percent unsure respectively. Meanwhile, 36 percent expressed a lack of confidence in their ability to charge an electric vehicle at home. Interestingly, this concern was most prevalent for people living in urban and suburban areas (37 percent and 38 percent respectively) rather than in city centres or rural areas (31 percent and 28 percent).

GHD would like to see the government prioritise both the funding and proliferation of accessible charging infrastructure across the UK. There will be an ongoing requirement for close collaboration between the central government, local authorities, distribution network operators (DNOs) and the private sector developers of the charging stations themselves.

In looking at the roll-out of this infrastructure, there will be a need to consider not only the uptake of the vehicles themselves, but also the behaviours of vehicle owners when it comes to the patterns of EV use and the way in which they will want to charge them. This will vary by where people live, how they use their cars and where they work or spend time away from home. It is also important to consider who carries the cost of the new infrastructure needed to support EV charging. GHD is working closely with the private sector and the network industry on all of these regulatory, technical, social and economic themes, as there is a lot more that can be done to accelerate both innovation and investment in this area.

Further highlights from the survey include:

15 percent of UK respondents belong to a household that already owns an electric or hybrid vehicle; this is behind Singapore (21 percent) and the US (16 percent) but ahead of Australia (7 percent), New Zealand (8 percent) and Canada (8 percent).

Of those that don’t, 15 percent would definitely buy one in the next five years; 51 percent would seriously consider it, although two out of five of these believe there are currently too many barriers to driving one.

Appetite in the UK is also higher among those living in city centres or urban areas, at 57 percent and 49 percent respectively.

Of those who expressed any interest in buying an EV, 47 percent said that they were either not at all or not very confident about having access to enough reliable charging infrastructure locally; this was second lowest level of confidence of all the countries surveyed, just behind Australia at 48 percent.

UK also had second lowest level of confidence in ability to install a charger at home, with 36 percent being not at all or not very confident (Singapore was the least confident at 37 percent).

These findings form part of an international survey conducted by GHD among over 8000 consumers in the UK, the US, Canada, Australia, New Zealand and Singapore in order to gain insight into how changing attitudes and behaviours will shape the way we power our future, as part of its whitepaper “The World of Energy Post-COVID”. In the UK, 1,004 consumers were surveyed.

“It is clear that we are entering the era of the electric vehicle, with our survey showing strong demand among UK consumers” said Dr David Maunder, Technical Leader - Future Energy, at GHD, commenting on the survey findings. “However, there are perceived obstacles that remain a handbrake on consumer uptake, as shown by the number of respondents who say they would seriously consider buying an EV but currently believe there are too many barriers to ownership.

Accessible charging infrastructure is clearly critical to EV uptake, and an area of particular concern for consumers. However, with batteries and point-of-use technology becoming more accessible, we should see a rapid uptake of this infrastructure in the coming five years, which will help drive the roll-out. GHD’s ability to assess people’s behaviours and movements enables us to provide both the public and private sector with unique perspectives on where charging infrastructure should be located to make it commercially viable and meet consumer demand. Importantly, recent behavioural changes in public consumption and travel can be factored into these perspectives so that we can provide current and future-proofed solutions. We have also been using our deep industry knowledge and data analytics to assess the movements of heavy goods vehicles (HGVs) and supply chain alignment, so that we can advise on how the critical HGV market can be supported with new fuel and energy types going forward.

The UK government has rightly placed a lot of focus of EVs in its ten point plan, pledging £2.8 billion of investment, including £1.3 billion to accelerate the roll-out of charging infrastructure, and bringing forward the phase-out date for sales of new petrol and diesel cars to 2030. At GHD, we are committed to supporting this transition to a greener transport model and it remains a key area of focus for us.”

GHD whitepaper: “The World of Energy Post-COVID: How changing attitudes and behaviours will shape the way we power our future”