Thursday, 17 March 2016
0
Robin Whitlock
Researchers at the Indiana University School of Public and Environmental Affairs have developed a ranking of major US cities according to their readiness to accommodate plug-in electric vehicles (PEVs). 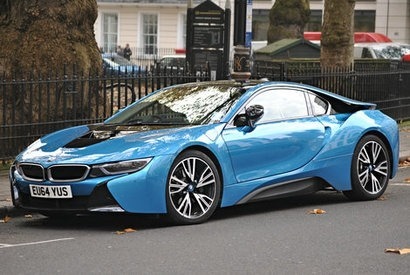 Portland, Oregon, is at the top of the list, which ranks cities most ready to accommodate plug-in electric vehicles (PEVs) such as the Chevy Volt, Nissan Leaf and Tesla Model S. The ranking was developed in order to contrast the variation in readiness among different cities and compared 25 of the largest US cities by population along with five other large cities that have been included in other major PEV studies. The ranking also included the largest cities in states that have joined California in offering a package of incentives to reach an ambitious zero-emissions vehicle goal.

The Obama administration and policymakers in several states have provided financial and other incentives to encourage consumers to buy PEVs, but sales have fallen short of goals.

“With gas prices dropping, consumers have less of a financial incentive to buy a PEV” said researcher Kyle Clark-Sutton. “It is crucial for cities to create receptive policy environments for purchasing and operating an electric car. If they don’t, we won’t see the technology’s promise as a means of climate change mitigation fully realized.”

Researcher Saba Siddiki added that some cities are doing more to encourage PEV ownership than others by installing new public charging infrastructure and offering various sorts of incentives. In downtown Nashville, PEV owners can take advantage of free parking facilities while in Honolulu, Hawaii, they are exempt from all parking fees. Portland, Oregon, has streamlined the often complicated permitting process for home-based chargers. In Austin, PEV drivers can subscribe to unlimited use of 250 public charging stations located around the city for less than $5 per month.

The research notes that falling gas prices are just one aspect of a fast-changing economic and political environment affecting PEV sales and regulations. Connecticut, for example, just added monetary incentives for purchasers, and Georgia removed them. Some states are enacting higher fees on PEV registration, claiming drivers don’t pay fuel taxes to support road construction and repair. The research concludes that purchasing a PEV is more expensive than a conventional vehicle, even though operating it can be less expensive. Therefore if policies that reduce the purchase price and incentivize the operation of a PEV are not implemented, nor are cities prepared to offer the institutional support for PEVs, consumers will continue to favour conventional cars and trucks.

The article "Plug-in electric vehicle readiness: Rating cities in the United States" was published in Electricity Journal with a goal of informing policymakers and consumers while providing a helpful tool to other researchers studying PEV policy.