Monday, 30 April 2018
0
Robin Whitlock
Electric vehicle (EV) charging company InstaVolt is making its rapid charging stations completely free to use for the entire month of May as a celebration of the company’s 100th charger going live. 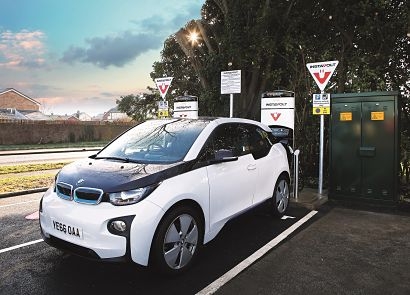 InstaVolt, which owns, installs and maintains rapid DC charging stations, switched on its 100th unit at a petrol forecourt owned by Cornwall Garages in Epping this week. The company is aiming to have 3,000 in the ground by the end of 2021.

“The UK needs a solid public charging infrastructure and we’re working at a rate of knots to make that a reality” said InstaVolt CEO Tim Payne. “We’re switching on new rapid charging stations every week and we’re thrilled to have hit this important milestone of 100. It’s our pleasure to share that celebration with EV drivers across the UK and offer them free charging throughout the month of May.”

InstaVolt prides itself on having the simplest and easiest approach to charging in the UK. The company’s charging stations are available to use on a pay-as-you-go basis, with no subscription or membership required.  Drivers simply tap their contactless credit or debit card, charge up and go. There’s no minimum spend and no connection fee. Drivers simply pay 35p per kWh, which puts InstaVolt’s pricing around the industry average for the privilege of using a 50kW DC rapid charger.

During the month of May drivers will initiate the charge in the normal way by tapping their card but they won’t be charged. Neither will there be any limit on the number of times EV drivers can charge at the stations.

Mr Payne added that the company has had a great reaction from users of its charging stations since the company entered the market and that drivers like the fact that the chargers are visually striking and simple to use. The tap-and-pay element has been a real winner.

Among the locations InstaVolt chargers can be found are at petrol forecourts, small service stations, retail centres and leisure centres. In addition to the 100 chargers currently energised, Instavolt has a further 27 chargers awaiting DNO connection. They will all be added to www.zap-map.com as they become available.