Wednesday, 29 August 2012
0
REM
The global market for electric drive buses will grow steadily over the next six years, with a compound annual growth rate of 26 percent from 2012 to 2018, according to a new report from Pike Research. 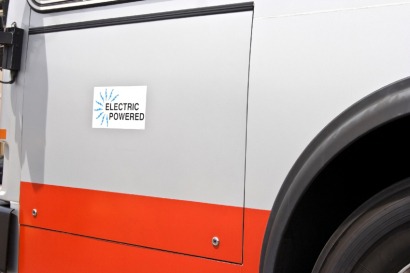 By the end of that period, the report concludes, more than 75,000 electric drive-train buses will be in service around the world.

According to the analyst, no other category of heavy duty vehicles has seen more adoption of electric drive-trains than buses.

In North America, hybrid models have captured as much as 40 percent of new transit bus purchases in recent years. Electric drive-trains – whether for hybrid systems, battery electric, or fuel cell – hold appeal for the bus market for many of the same reasons they do for light duty vehicles: the promise of moving away from oil, efficiency gains, limiting greenhouse gas emissions, and, in many cases, lower operating costs.

“The biggest challenge for electric drive technologies has been the cost premium over conventional diesel buses or buses that run on compressed natural gas,” said senior research analyst Lisa Jerram.

“This premium has maintained for hybrids, even as they have seen significant adoption in the North American market," she continued. "Fuel economy savings are critical to making the case for bus operators to pay more, especially in developed countries that are facing increasing austerity in their public budgets. Typically, hybrid buses need to show fuel economy improvements of around 40 percent, at current U.S. diesel prices, to pay off the price premium over the life of the bus.”

While growth in the e-bus market will accelerate strongly in certain regions, including Eastern Europe and Latin America, by far the largest sales volumes will come in Asia Pacific, the study finds.

More than 15,000 electric buses will be sold in Asia Pacific in 2018 – 75 percent of the world total. North American sales are expected to reach just fewer than 2,500 in the same year.

The report provides an assessment of the top markets for electric buses, the likely next markets, and key drivers and barriers to market growth including public policy, cost, domestic content regulations, and competing technologies. Market forecasts are included for hybrid, battery, and fuel cell buses in heavy duty and medium duty segments through 2018, and key market players are also profiled.