Tuesday, 14 June 2022
0
Robin Whitlock
An online Opinion Matters poll commissioned by The Motor Ombudsman nearly half (48 percent) of UK car owners are concerned about having a pure petrol or diesel-powered vehicle, therefore making a switch to a battery electric car for their next purchase more likely. 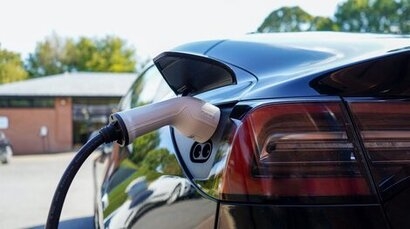 The cost of filling up an average family car with a 55-litre fuel tank recently hit £100 for the first time, whilst the price of petrol has equally surpassed £8-a-gallon, a figure never seen before in this country.

The recent Motor Ombudsman survey of more than 2,000 UK car owners revealed that individuals aged between 16 to 24 (64 percent), and those living in Greater London (65 percent) are amongst the most worried about  petrol or diesel vehicles. The study also found that, nationally, a similar proportion of male and female drivers (46 percent and 49 percent respectively) are apprehensive about owning a petrol or diesel vehicle at a time of soaring prices on the nation’s forecourts.

The latest findings have been published by The Motor Ombudsman to mark the launch of its new online electric vehicle (EV) Resource Hub. Named ‘TMO EVolVE’, the portal, which can be accessed via the Electric Vehicles tab at the top of every page of The Motor Ombudsman’s website (TheMotorOmbudsman.org), has been designed to bring together the body’s EV-related content in one easy-to-navigate area. As well as the latest EV news from The Motor Ombudsman, users of the Hub have direct access to the body’s dedicated Knowledge Base questions and answers on electric cars, in addition to case studies, webinar recordings, and infographics highlighting the principal sources of disputes brought to The Motor Ombudsman by consumers in relation to EV purchases and ownership.

Furthermore, The Motor Ombudsman research showed that, out of those respondents who stated they were worried about owning a car running solely on conventional fuel, and favoured a move to plugging in when buying their next vehicle, a quarter of male drivers estimated that they would be purchasing an electric car within two to three months. ‘Generation Z’, i.e. those individuals falling into the 16 to 24 category, also led the charge in terms of being the fastest to make the swap to electric out of any other age group, with 33 percent stating that a change could be on the cards within eight to twelve weeks.

When looking at the results from a nationwide perspective, the study found that the city of Leeds had the biggest proportion of people (27 percent) who wished to leave pure petrol or diesel power behind within a two-to-three-month period. Similarly, around a fifth of those living in London and Manchester said that they would consider getting behind the wheel of an electric vehicle within four to six months.

“With fuel costs at unprecedented levels, and the likelihood of further increases coming, as we approach the height of summer, it is clear from our survey findings that the prospect of electric vehicle ownership is becoming increasingly attractive” said Bill Fennell, Chief Ombudsman and Managing Director of the Motor Ombudsman. “In light of the rising appetite for EVs, and a growing parc on UK roads, it was a logical decision to bring together our electric vehicle-related information and resources for consumers and businesses on to a standalone hub. TMO EVolVE has therefore been created to provide an easy-to-navigate user experience, offering the ability to view EV information from across our website in one single area, all at the click of a button.”