Monday, 21 March 2011
0
Researchers at the Los Alamos National Laboratory in the US state of New Mexico have revealed a new single-stage method for recharging the hydrogen storage compound ammonia borane that they believe makes hydrogen a more attractive fuel for vehicles and other transportation modes. 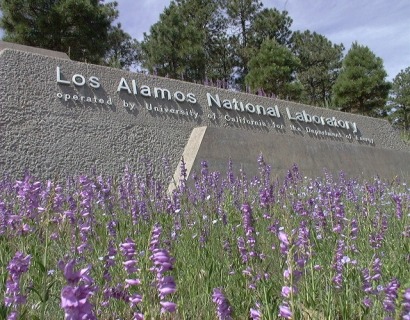 The conclusions of the team, which also included researchers from the University of Alabama in the US, were published in the March 18 edition in Science magazine.

The work was done under the auspices of the US Dept. of Energy’s Chemical Hydrogen Storage Centre of Excellence.

Hydrogen is in many ways an ideal fuel. It possesses a high energy content per unit mass when compared to petroleum, and it can be used to run a fuel cell, which in turn can be used to power a very clean engine.

On the down side, H2 has a low energy content per unit volume versus petroleum (it is very light and bulky). The crux of the hydrogen issue has been how to get enough of the element on board a vehicle to power it a reasonable distance.

Work at Los Alamos and elsewhere has focused on chemical hydrides for storing hydrogen, with one material in particular, ammonia borane, taking center stage. Ammonia borane is attractive because its hydrogen storage capacity approaches a whopping 20 percent by weight — enough that it should, with appropriate engineering, permit hydrogen-fueled vehicles to go farther than 300 miles on a single "tank," a benchmark set by the US Department of Energy.

The Science paper describes a process that regenerates ammonia borane from a hydrogen depleted "spent fuel" form (called polyborazylene) back into usable fuel via reactions taking place in a single container.

This "one pot" method represents a significant step toward the practical use of hydrogen in vehicles by potentially reducing the expense and complexity of the recycle stage. Regeneration takes place in a sealed pressure vessel using hydrazine and liquid ammonia at 40 degrees Celsius and necessarily takes place off-board a vehicle. The researchers envision vehicles with interchangeable hydrogen storage "tanks" containing ammonia borane that are used, and sent back to a factory for recharge.