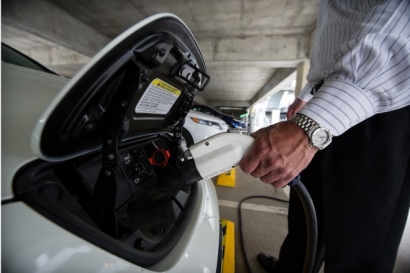 The four introduced the legislation on July 29. It is the largest highway legislation in history.

“After months of bipartisan negotiation, I’m proud to introduce this surface transportation reauthorization bill that would make an unprecedented investment to improve our nation’s roads, highways, and bridges, and make our country’s transportation infrastructure work better for every American in every zip code,” Senator Carper said in introducing the bill.

The legislation as amended passed the committee by a vote of 21 to 0 on July 30.

The bill authorizes $287 billion over five years, including $259 billion for formula programs to maintain and repair America’s roads and bridges. The total represents an increase of over 27 percent from FAST Act levels.

The bill includes $3 billion over five years in new funding distributed to states based on their current formula share to support projects that would lower highway-related carbon emissions.

States can receive greater project flexibility if they meet certain emissions planning requirements. In addition, states can compete for $500 million over five years in additional funding by making progress on lowering their per capita emissions.

The legislation also establishes a competitive grant program funded at $1 billion over five years, for states and localities to build hydrogen, natural gas, and electric vehicle fueling infrastructure along designated highway corridors, which lack such infrastructure.

The bill also includes reauthorization of the Diesel Emissions Reduction Act (DERA) program, which reduces emissions from diesel engines, and the Utilizing Significant Emissions with Innovative Technologies (USE IT) Act, to support carbon capture, utilization, and sequestration research.

“America’s Transportation Infrastructure Act will ensure that every community reaps the benefits of strong federal investment, with safer roads, cleaner air, greater mobility and more connectivity," Senator Carper said. "It’s my hope that our committee’s action today sets an example and will inspire other committees of jurisdiction to put forth their titles soon. I thank Chairman Barrasso and our colleagues, Senators Capito and Cardin, for their strong bipartisan partnership. I look forward to the work ahead of us.”

“After several months of serious bipartisan negotiation, I am so proud of the final surface transportation bill we considered today and even more proud of the incredible bipartisan support it received,” Senator Capito said.

“This legislation will help improve the roads, highways, and bridges Americans count on to travel safely within their communities and across the country; facilitate commerce and encourage economic growth; and provide the certainty states and other stakeholders need to complete critical projects," Capito continued. "It includes many programs and provisions that I think will appeal to members on both sides of the aisle—not to mention all of the individuals and families it will benefit in West Virginia and across the country—and I look forward to continuing to champion the bill as it moves to the Senate floor.”