Thursday, 03 May 2018
0
Robin Whitlock
A high-speed, autonomous motorway system with huge passenger carrying capacity is the roads solution of the future, claims Professor Volker Pickert, Head of the Electrical Power Group at Newcastle University, speaking at the All-Energy, Smart Urban Mobility Exhibition and Conference in the UK. 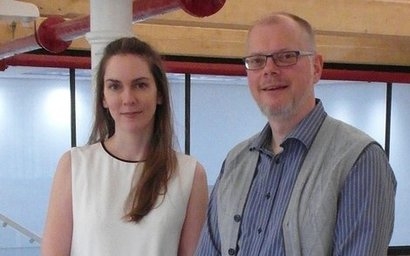 Professor Pickert has been working on the Tracked Electric Vehicle Project (TEV Project) and shared the latest developments in TEV during his presentation.

TEV is a Scottish based initiative to advance road infrastructure and the way people travel. It consists of a tracked electric vehicle system which continuously charges EVs as they travel along the specially designed track, offering a credible and highly efficient alternative to traditional plug-in EV charging. Travelling on a prefabricated track, which costs less per mile than traditional rail or motorway, its compact design will allow EVs to run on low cost bridges, small tunnels and elevated tracks. It aims to be the safest, fastest, most versatile transport system possible with zero-emissions.

“TEV will see vehicles driving autonomously in platoons at high speeds of 125 mph with no overtaking” said Professor Pickert. “It will have a huge passenger carrying capacity, equivalent to up to 17 lanes of traditional motorway. Vehicles on TEV will drive faster than urban trains while passengers can remain in the comfort of their own cars. The system’s high efficiency comes from its steady speed, reduced air drag due to its convoy system, the reduced number of junctions, while electric power is directly delivered to the electric motors. I believe TEV is the way of the future and I am hugely excited to be working on the project.”

The project was created by Caroline Jones Carrick with her father, Will Jones, a battery expert and inventor. The innovative project is teaming up with Professor Pickert and Newcastle University to bring their zero-emissions concept to life.