Wednesday, 28 July 2021
0
Robin Whitlock
A report by the House of Lords Science and Technology Committee has found that the Government's actions on batteries and fuel cells do not align with its ambition to achieve net zero emissions by 2050, and issues stark warnings about the future of the UK's automotive industry. 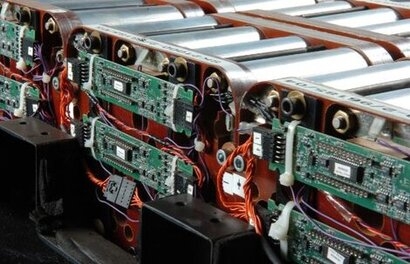 The UK risks losing its existing automotive industry and falling further behind global competitors in battery manufacture.  Despite recent announcements of new battery gigafactories, without further investment in supply chains, training and research there is the very real risk that manufacturing of batteries and vehicles will move overseas.

The Committee was concerned by the lack of a longer-term strategy.  The Government is not investing enough in next-generation batteries, even though this offers its best chance of overtaking international competitors.  Similarly, the Government is providing too little support for fuel cells, despite the UK having significant expertise and the potential to take a global lead.

The Committee was alarmed by the contrast and apparent disconnect between the optimism of Ministers about the UK’s prospects and the concerns raised by other witnesses who fear that the UK is lagging behind its competitors.

“The Committee found that the Government’s ambition to reach net zero emissions is not matched by its actions” said Committee Chair Lord Patel. “The Government must align its actions and rhetoric in order to take advantage of the great opportunity presented by batteries and fuel cells for UK research and manufacturing. The Government must act now to avoid the risk of the UK not only losing its existing automotive industry, but also losing the opportunity for global leadership in fuel cells and next-generation batteries. The Government must develop a coherent successor to the industrial strategy and promote its objectives clearly, both domestically and internationally, supported by investments commensurate with those of the UK's international competitors.”

The Committee calls for urgent action to protect the UK’s automotive sector and increase the uptake of batteries and fuel cells:

Government support to develop UK supply chains and secure raw materials for battery manufacture, ahead of UK-EU ‘Rules of Origin’ coming into force in 2027 that could cause manufacture to move to the EU

Government action to ensure the automotive sector has sufficient skilled workers for its transition from mechanical to electrical technology, including through training, upskilling and immigration

Acceleration of the expansion of the public charging network, to deliver 325,000 charging points by 2032, including rapid chargers in towns and on the strategic road network

Coordination between strategies for transport, hydrogen and wider decarbonisation, to give clarity to hauliers and bus operators about investing in fuel cell vehicles

The Committee also calls for long-term commitments to give the UK a future competitive advantage in fuel cells and next-generation batteries:

Establishment of research and innovation institutions for fuel cells, to exploit the UK’s expertise and support UK companies to take a global lead

Increased funding for the development of next-generation batteries, to allow the UK to leapfrog its competitors and gain an advantage for future manufacture of batteries and vehicles

Widening the scope of battery innovation funding to include batteries for stationary applications on electricity grids, to help balance supply and demand whilst making better use of renewable generation