Wednesday, 28 October 2020
0
Emily Folk
Farming is a necessary industry but a traditionally harmful one for the environment. Agriculture accounts for 10% of all greenhouse gas emissions in the U.S., and that doesn't include land and water usage. Creating tools and methods that enable sustainable farming is crucial in the fight against climate change. 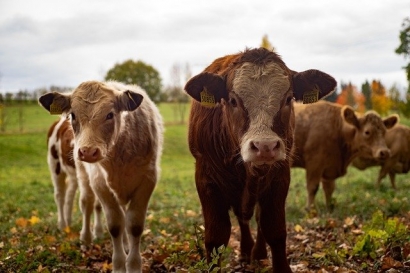 One of the most straightforward ways to improve agriculture's sustainability is through eco-friendly farming equipment. Farms rely on tractors and other machinery, which traditionally run on diesel or fossil fuel-generated electricity. These are both significant sources of pollution and areas where alternative energy can help.

Alternative energy in farming equipment has made some substantial strides over the years. While the industry still has a long way to go, these eco-friendly energy sources are becoming increasingly common. Here's a closer look at this growing trend.

One of the most popular alternative energy sources in agriculture is biofuel. While these fuels still emit carbon, they burn cleaner and typically come from recycled, renewable materials. Theoretically, farms could even create their own biofuel using agricultural waste from their facilities.

Perhaps the biggest advantage of biofuels is that farmers can use them in existing diesel engines. Without the need for new machines or modified equipment, alternative fuels are more accessible, especially to smaller farms. This accessibility is likely the primary factor behind the industry's growing adoption of biofuels.

Biofuels reflect some farmers' tendency to prefer flexibility over specialization. One skid steer auger can handle a range of tasks, but if farmers had to adopt specialized eco-friendly tools, they'd lose that versatility. With biofuels, they don't need new equipment, so they can keep using the same trusted, flexible tools.

Solar power has long been at the forefront of the alternative energy revolution. While the agriculture sector has clashed with the solar farm movement, that's beginning to change. Photovoltaic technology on farms is becoming an increasingly common occurrence.

Solar-powered tractors and combines may not be commonplace, but solar power is ideal for many farm machines. Since farms tend to occupy vast areas with a lot of sunlight, harnessing solar energy is both accessible and viable. Photovoltaics can power irrigation systems, soil sensors and agricultural robots like drones.

Biofuels and photovoltaics are undoubtedly the most widespread alternative energy sources in agriculture. That said, they're not the only ones, and as technology develops, more will arise. One of the most promising of these less-popular technologies is hydrogen fuel cells.

Fuel cells, which produce electricity from hydrogen, produce no emissions other than water. Fuel cell tractors first emerged in 2009, but the technology back then limited their utility. Now, with much more efficient fuel cells, they may see a revival.

China recently unveiled a 5G-enabled self-driving tractor that runs entirely on hydrogen fuel cells. Advances like this make the technology more accessible than ever, and increased pressure to go green will accelerate their adoption.

As the population grows and resources diminish, sustainability becomes a more critical consideration for farmers. Going green involves many changes, and adopting alternative energy sources for equipment is a significant one. Thankfully, as renewable energy technology advances, these alternative sources are more abundant and accessible.

The agriculture sector is still far from a state of net-zero carbon emissions. With broader implementation of these technologies, though, the industry will get closer. Before long, these alternative energy sources may become the standard.