The Many Economic Benefits of Renewable Energy

Tuesday, 12 March 2019
1
Emily Folk
Renewable energy brings environmental, social and economic benefits. According to a recent report by the International Renewable Energy Agency (IRENA), if we double renewable energy's current share in the global energy mix, global gross domestic product (GDP) would increase by as much as 1.1 percent, or approximately $1.3 trillion, by 2030. 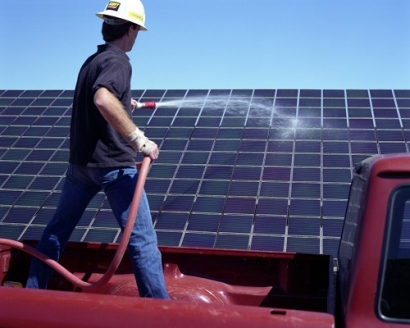 Renewable energy provides many direct and indirect economic benefits on both a micro and macro level. Here are some of them:

More than 10 million people work in the renewable energy sector worldwide, with more than 500,000 new jobs added in 2017. The sector provides many different types of jobs, including positions in manufacturing, installation, engineering, sales, marketing and more.

Renewable energy jobs are expected to continue to grow well into the future. The U.S. Bureau of Labor Statistics (BLS) forecasts that the solar photovoltaic installer occupation will grow by 105 percent between 2016 and 2026 and that the demand for wind turbine service technicians will grow by 96 percent during the same period. That makes the first and second fastest-growing jobs in the U.S.

Renewable energy also provides an additional source of income for rural landowners and farmers. According to data from the American Wind Energy Association (AWEA), wind farms in the U.S. provide around $222 million every year to rural landowners who host wind farms on their property. Farmers can also make money growing crops to be used as biofuels. Corn ethanol is currently the main avenue by which farmers participate in the energy sector, but other biofuels are starting to get more attention.

Switching to renewable energy is an excellent way for residential, commercial and industrial energy customers to save money on their bills. Installing solar panels on your property allows you to generate your own electricity, theoretically giving you the ability to reduce your energy bill to zero. The exact amount you save depends on many factors, including where you live. According to EnergySage, the average savings range from $10,483 in Washington to $30,523 in Massachusetts.

Installing renewable energy equipment on your property can help increase its value significantly. If you install solar panels on your house, for example, its value rises by approximately $20 for every dollar you save on energy bills. Homeowners may be able to recoup a significant amount of the cost of installing their solar modules when they sell their house. Adding solar panels to your home may also help you sell it faster.

Installing renewable energy facilities requires a substantial upfront investment, but after installation, they are cheap to operate. This is in large part because they don't require you to purchase fuel. Eliminating fuel costs lowers the cost of the electricity produced. It also means the price of electricity isn't susceptible to changes in the price of fuels, like it is with natural gas or coal. This may lead to more stable energy prices over the long term.

According to a recent report from the Universal Ecological Fund, climate change has cost the U.S. economy around $240 billion per year over the last 10 years. Another report, the Fourth National Climate Assessment, which was authored by climate scientists from 13 U.S. federal agencies, found that the U.S. economy will contract by up to 10 percent by the end of the century if climate change continues at its current pace. These economic losses are the result of extreme weather events, worsened air quality, rising sea levels and other effects. Switching from fossil fuels to renewables could help slow down climate change and avoid some of these potential economic losses.

There are many reasons why using more renewable energy and less fossil fuel is beneficial. It's better for the environment and human health, and it also has many positive economic impacts. Together, all these benefits create a very compelling argument for investing more in renewables. 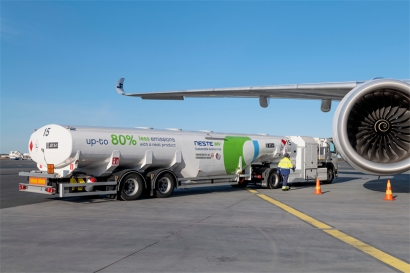