Monday, 28 March 2011
0
Toby Price
Green Analytics, Inc. from Arkansas (US) has a portfolio of energy efficiency solutions which it claims provide immediate savings on energy costs and Returns on Investment in only three years or less. In an exclusive interview earlier this month, the company’s co-founder and CEO, Brandon Fletcher, explained to Renewable Energy Magazine that the energy saving industry “is missing a voice because it is still trying to figure out what to say”. However, he is optimistic that this “trillion-dollar market” has a bright future. 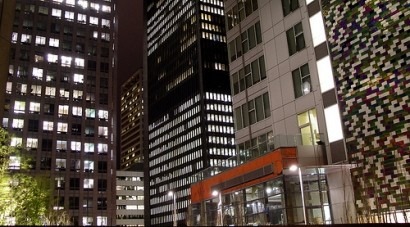 “Most of the large companies were and still are worried about new buildings more than retrofits. The LEED movement, which includes all notions of green, has made the process complex, the market high end, and the price point prohibitive,” explains Brandon Fletcher, former Head of US Strategy for Wal-Mart US and current CEO of Green Analytics. “We think we have the right message that every building can save 30-60% of its energy with a payback of 3 years or less. Clients deserve to have the audit, install, and financing provided by a one-stop shop, and the industry has to catch up to get noticed from the media.”

Fletcher co-founded Green Analytics in 2009. The company claims to have managed “to marry energy efficiency and financial freedom for businesses looking to revamp and get ahead”. The company helps businesses install energy conservation equipment and products that eliminate out-of-pocket expense and maximise returns from cash flow, and it is confident that the business world is slowly coming round to its ethos, attracted by the economics of saving energy. “The current marketing of green is that you are a ‘bad person’ for not going green,” he says. “Green Analytics provides green technology that is profit maximising, and you are a ‘bad financial manager’ for not going green.”

But why has society been so slow in picking up on the benefits of energy saving, compared say to renewable energy generation. Is it just not “sexy” enough? Fletcher has a nice answer to that question. “We are more a girl you marry, not as sexy, but a better partner over the long run,” he believes, adding: “Though, the sexiness is how dramatic an impact we can have today relative to renewables. We just ask people to do the market size math with us, and the Trillion-dollar market size seems pretty sexy.”

But how can the energy saving industry improve its visibility. Fletcher believes people are naturally resistant to change and that governments can only help to spread the message that “it is shameful to not make a 33% return on investments in energy efficiency”. Ultimately, however, he says companies themselves need to take the initiative. “We are stunned that some companies do not act when the payback is under a year. That is already an unintelligent financial decision; we need help making the client understand that it is an immoral decision as well.”

Looking to Green Analytics home, the US, Fletcher recognises that at the domestic and industrial levels consumers are already noticing that one does not need solar panels or wind turbines to reduce their energy consumption. “But, the adoption is relatively slow. The force behind change is the grudging acceptance that Americans are wasteful,” he says. “We do not know exactly what to do about that feeling, but the wheels are in motion. Firms like ours have to make reducing energy waste easier, or the trend we turn into is apathetic green-washing.”

To reach this goal, Brandon Fletcher says the US should introduce “an optimal zero carbon retrofit with a five year or less payback”. If he had the chance to influence key political leaders in the US and around the world, he would also persuade them to put their resources for coordination into working on a few hundred prototype projects that meet this stringent financial return hurdle. “We have plenty of utopian designs, we need help making and marketing some financially practical designs,” he concludes.

Interview with Brandon Fletcher, co-founder and CEO of Green Analytics