Thursday, 02 January 2020
0
REM
Ameresco, an energy efficiency and renewable energy company, has completed phase two of an energy efficiency project for The City of Apple Valley, Minnesota. The project was financed by an Energy Savings Performance Contract (ESPC) and involved a number of energy conservation measures implemented across the community. 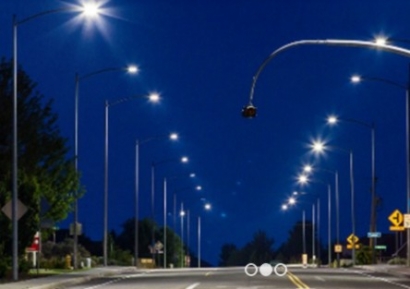 The City of Apple Valley selected Ameresco as its project partner for phase one of an energy efficiency project in 2013, which was completed in 2014. As a result of greater than anticipated cost savings realized from phase one, the city awarded Ameresco phase two of the project in May 2018. Altogether, the energy improvements implemented by Ameresco have resulted in a 12 percent decrease in energy consumption citywide.

“The various energy upgrades and facilities improvements we have made with Ameresco are, in essence, paying for themselves with the energy cost savings they deliver,” said Mayor Mary Hamann-Roland. “We are prioritizing projects that make our community a better place to live, work and play, which this energy efficiency work has certainly done.”

“Beyond the initial reduction in energy demand and operational costs, the City of Apple Valley is realizing a number of other intangible building benefits as a result of this project too, such as more comfortable and better lit facilities,” said Louis Maltezos, executive vice president of Ameresco. “Apple Valley is committed to sustainability and taking steps to become a cleaner, greener city. We’re proud to be one of their partners in that effort.”

Through its partnership with Ameresco, the City of Apple Valley is expected to save the equivalent of 630 metric tons of CO2 per year, roughly equal to taking 136 passenger vehicles off the road for one year. Continued energy savings will also directly benefit the City and reduce its annual budget for the next 15-20 years.