Friday, 23 March 2018
0
Dan McCue
The state of Colorado has granted electricity users the right to store energy without being subjected to compounded rates for power or unfair barriers in connecting to the grid. 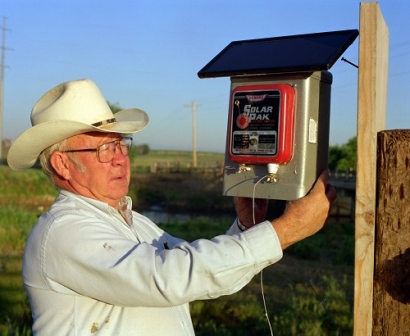 In signing Senate Bill 9 into law, Gov. John Hickenlooper acknowledged that reductions in the price of batteries in recent years have now made energy storage a more affordable option for households and businesses.

According to Rebecca Cantwell, executive director of the Colorado Solar Energy Industries Association, a trade group, the signing of the bill will greatly help the state's solar energy market.

"Energy storage paired with solar energy gives consumers and businesses a way to be truly energy independent," Cantwell said."We commend our state’s leaders for declaring that citizens have a right to use this exciting technology. We believe that this new law will spark more interest in going solar and will pave the way towards adding storage to many projects."

Gallagher continued, "Pairing energy storage with solar will allow consumers to have the cleanest, most reliable and most affordable electricity. The solar industry thanks Governor Hickenlooper and the Legislature for continuing to support the state’s solar market by taking this important step on storage.”

Utilities across the country have opposed such legislation in the past, typically citing safety concerns. Renewable energy advocates, meanwhile, have argued the resistance had more to do with utilities fearing they would be losing control over the grid and that energy storage would wreak havoc on their billing model.

In Colorado Xcel Energy, the state's largest utility, one floated the idea of charging different rates for customers with battery systems, a move roundly panned by the solar power industry and others.

A spokesman for the Xcel Energy said the utility is neutral on the new law.

Storage will become more important as wind, solar and geothermal energy become a bigger part of the electricity generation mix.

Colorado is the 12th largest solar state in the United States, with nearly 1,000 MW of cumulative solar capacity installed.

Jim Alexee, director of the Sierra Club’s Colorado Chapter, told The Denver Post that the new law "is another step in Colorado’s path to a clean and renewable energy future.

"We need this kind of forward thinking so that Coloradans can take advantage of clean energy technologies, save money, and support energy independence,” he said.