Monday, 13 March 2017
0
Robin Whitlock
The Energy Technologies Institute has announced details of a waste heat recovery project which could help to cut emissions and fuel consumption by shipping. 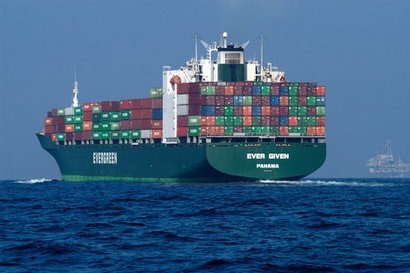 The £3.6 million project will be led by Avid Technology based in Cramlington, North East England. It will last for 26 months and aims to deliver a cost effective waste heat recovery system for all types of ships which will be demonstrated on an offshore support vessel.

The project could deliver fuel efficiency savings of at least 8 percent.

Avid Technology will work alongside RED Marine Limited of Hexham, Newcastle-based Royston Power and Enogia S.A.S. based in Marseille to deliver a cost effective waste heat recovery system for use across all types of ships.

The project should see the waste heat recovery system installed on an offshore support vessel by end of 2018 ahead of a further six months of testing. Unlike the power and heat sectors and other forms of transport there does not seem to be a credible alternative to fossil fuels to power vessels at present, so in the medium to long term, the best potential to achieve substantial CO2 reductions is by reducing fuel consumption. This can be achieved by reducing the electrical load provided by the ship’s generators, through recovering heat energy from the exhaust stream, which in turn substantially reduces the temperature of the exhaust gas by converting the heat to electricity.

The technology being developed in the ETI’s project should be capable of being deployed on a range of marine vessels, including chemical tankers, general cargo vessels, container feeders, offshore support vessels and roll on roll off passenger ships.

“Unlike other forms of transport, the marine industry has yet to establish a credible alternative to fossil fuels so the immediate priority is to achieve substantial carbon dioxide reductions by reducing fuel consumption” said Ryan Maughan, founder and managing director of AVID Technology, which specialises in the design and manufacture of electrically powered systems for low emission vehicles. “The technology solution we are targeting with our partners is based on improving fuel efficiency by recovering heat energy from the exhaust stream therefore reducing the electrical load provided by the ship’s generators and by lowering the temperature of the exhaust gas by converting heat to electricity.”

The project is one of a number of demonstrations currently being commissioned by the ETI that will seek to reduce emissions and increase the efficiency of shipping fleet.

The International Maritime Organisation (IMO) third greenhouse gas emission study in 2014 stated “Marine transport emitted 938 million tonnes of CO2 in 2012, representing 3.1 percent of the world’s total emissions”, and that “The total fuel consumption of shipping is dominated by three ship types: oil tankers, container ships and bulk carriers”. Consistently for all ship types, the “main engines are the dominant fuel consumers”, and in the IMO assessment of future scenarios, they state that, without intervention, maritime emissions could rise by 50–250 percent by 2050 compared to 2011.

From 2007 to 2012, international shipping emissions were in relative decline compared to global emissions due to a change in economic activity and the subsequent increasing popularity of “slowsteaming”. The IMO introduced the Energy Efficiency Design Index (EEDI) in 2011. The EEDI sets specific ship-class fuel efficiency targets, and aims toprogressively tighten them. The EEDI encourages continued technical progress in the reduction of vessel fuel consumption. The initial CO2 reduction target level is -10 percent from the 2011 datum and will be tightened every five years to keep pace with fuel consumption and emissions reduction technology developments.

These targets are mandatory for all ships. The intention of EEDI is admirable; however, relying on technical progress to drive commercial deployment and acceptance is unlikely to accelerate CO2 emissions reductions to meet the IMO or UK government targets. Additional initiatives are needed, and the intention of this programme is to provide the technology, tools and commercial advantages to ship owners, operators and charterers to accelerate compliance with emissions targets.