Thursday, 14 March 2019
0
Robin Whitlock
German ‘data as a service’ energy technology company Kaiserwetter has been recognised by Utilities Tech Outlook as one of the companies delivering turnkey asset management solutions for the renewable energy industry. 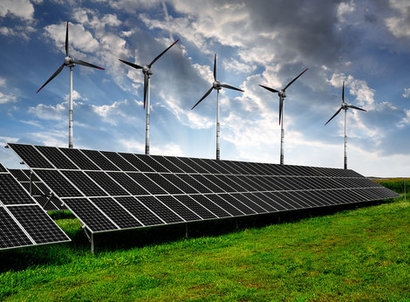 Since the Paris Agreement there has been pressure, not just on the countries that signed, but also on the US after the announcement of their exit from the accord, and therefore on renewable energy producers to drive efficiency. In search of that efficiency, Kaiserwetter has developed its Aristoteles IoT platform, built on the SAP Cloud Platform and utilising SAP Leonardo IoT capabilities.

Aristoteles performs smart data analytics and predictive analytics/machine learning for renewable energy assets and portfolios on a global scale. It aggregates technical, meteorological and financial data, thereby transforming unstructured data into structured data, which is the basis for running analytics performed by the implemented algorithms. These digital features allow Kaiserwetter to maximise performance of renewable power generation, as well as returns on investment while minimising investment risks. This all leads to transparency, which is essential for all stakeholders such as power generation companies, investors and banks.

In the pursuit of achieving the objectives of the Paris Agreement, there is a clear common goal within the energy sector, which is to attract more private capital.

Innovation is increasingly important for countries around the world as the Fourth Industrial Revolution continues to develop. In the World Economic Forum’s latest Global Competitiveness Report, Germany came out on top for having the most innovative economy worldwide. It outperformed the US, the world’s most competitive economy, which came second for innovation, followed by Switzerland in third place.

During this year´s Forum the organization announced its list of technology pioneers for 2018. Out of the 61 early-stage companies recognised for their design, development and deployment of potentially world-changing innovations and technologies, a majority (54 percent) came from outside of the United States. Kaiserwetter´s major breakthrough in the US encompasses a part of this trend, as the German company brings tech innovation across the board.