Thursday, 31 May 2012
28
Toby Price
The mobile phone giant, Nokia, has published its 2011 Sustainability Report in which it reveals the efforts it has taken to curb its emissions through the installation of fuel cells and a biogas station at its plants and procurement of renewable energy on the market. The company says it has been increasingly purchasing green electricity since 2006, but is still encountering “the challenge of slower than expected renewable energy market development”. 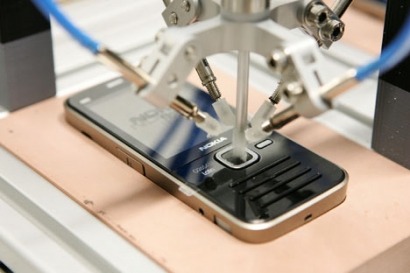 The report highlights Nokia's performance in the areas where business practices most affect society and environment. Nine key topics were covered in 2011, including one on green operations and facilities which looks at what the company is doing to use more renewable energy.

“We’ve been increasingly purchasing green electricity since 2006, but are still encountering the challenge of slower than expected renewable energy market development,” says the company in this section of the report, highlighting the difficulty it has had procuring clean energy on the open market. Therefore, Nokia began rolling out its own generating capacity last year with its first onsite installations for generating renewable energy: “fuel cells at our facility in Sunnyvale in the US and a biofuel station at our factory in Chennai (India)”.

The mobile phone manufacturer reveals that in 2011 it used 193 GWh of renewable electricity, equivalent to 40% of its total consumption, reducing carbin dioxide emissions by 54,500 tonnes.

“Although Nokia is not part of an energy-intensive industry, our operations do have an environmental impact through energy consumption and the resulting emissions. As we aim to connect the next billion, we need to decouple the growth of our business from the many ways we consume energy in our operations,” says the company.

In 2011, it occupied more than 550 facilities around the world, including 10 production sites and 43 Nokia and Vertu retail stores. “As about 20% of these buildings result in 90% of the total environmental impact, these sites are where we focus on improving our performance,” it highlights.

To do so, the company is employing “a combination of standards, local energy efficiency initiatives and new ways of thinking about how we can use space effectively”, which enabled it to cut total energy consumption at its facilities in 2011 by 10% compared with 2010. In 2011, its new facility energy savings were around 15,000 MWh, which helped it save around €1.5 million. Nokia estimates that it has saved a total of more than 65,000 MWh between 2007 and 2011, and reduced emissions by 17 % compared with the base year 2006 level.

“This reduction was achieved through the energy efficiency measures in our buildings and renewable energy purchases, and due to lower production volumes and headcount reduction e.g. from the new collaboration model with Accenture;” the company explains.

“To ensure we continue our energy saving performance in the years to come, and to identify additional energy management possibilities, we implemented a new computer managed maintenance system (CMMS) tool and are piloting schemes on detailed energy metering in 2012. Once these tools are fully implemented, we expect to see higher energy savings levels once more,” the report says.

Nokia also says that it will continue to make “strategic data centre investments” to support new business and markets as responsibly as it can. “We believe that the concept of Sustainable IT can be a real business goal and we use this principle to drive our data centre portfolio forward while actively managing our greenhouse gas emissions. We also strive to bring all of the data center stakeholders together to root out energy waste in the facilities, the technical infrastructure and the applications”.

In 2011, it refurbished the main data centre for corporate IT in Salo (Finland) to deliver a power usage effectiveness (PUE) of 1.2, which is industry leading. At the same time it eliminated battery-powered backup systems as an important step to reduce the use of hazardous materials in the operation of this data centre. Nokia also make use of the “free cooling” in Finland, available during more than 60% of the year due to the northern location.

“We will continue to work on optimizing our IT infrastructure to deliver reduced energy consumption, while maintaining our service levels. By the end of 2011, more than 50% of our servers are virtualized, thus considerably increasing our infrastructure efficiency. Continuing on this path, increased usage of virtualization technology and more real-time capacity management allows us to deliver more resources to our business while simultaneously decreasing the physical and carbon footprint of our IT,” Nokia explains.

In addition, the company has started rolling out its own clean energy capacity. The fuel cells at Nokia’s Sunnyvale office in Silicon Valley, California, are a state-of-the-art onsite energy solution. “Currently, we use 75-80% biogas, more specifically, landfill gas. Total carbon dioxide emissions from the site have dropped by 87%. This is a monthly reduction of around 80 tonnes of carbon dioxide, which represents 6% of Nokia’s gross emissions from all office and R&D sites in the Americas region. Annually, the saving is equivalent to taking 280 cars off the road”.

Nokia’s factory in the Chennai Business Park in India also started to use biogas in July 2011. Bio waste and food waste from companies in the park is collected and used for biogas generation. This is used to heat water in the main kitchen and replaces around 5% of fossil-based LPG (liquefied petroleum gas). This investment was made initially as a solution for treating bio waste, as it generates only limited amount of energy, however it also supports our goal to introduce renewable energy production to the site.