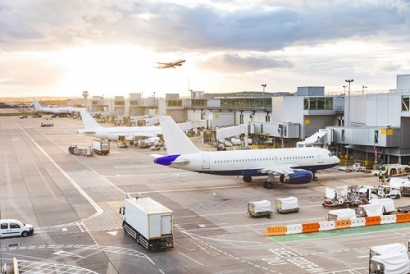 The projects at William P. Hobby Airport and George Bush Intercontinental Airport will be achieved through a design and construction management agreement with the Texas A&M Engineering Experiment Station (TEES), a member of the Texas A&M University System.

“This project, which could be in excess of $30 million and is led by the Texas A&M Engineering Experiment Station, will allow our Ph.D. students to perform a great service for the City of Houston, with results in saving both energy and public dollars,” said Texas A&M System Chancellor John Sharp.

The main objective for these projects is to replace outdated equipment, controls, baggage handling system and lighting at the airports. The projects include installing four new chillers as part of a new utility plant, improving building operations and installation of a solar array on new shading canopies. The implemented projects will reduce the annual energy consumption by more than 24 million kWh while reducing the utility costs by approximately $1.3 million annually. This will also help the Houston Airport System to reach its “net-zero” energy goal for George Bush Intercontinental Airport.

The TEES Energy Systems Laboratory (ESL) will manage the project design and construction. The ESL will implement this project with the majority of funding from the LoanSTAR Program, administered by the State Energy Conservation Office of the Texas Comptroller’s Office. The project is expected to increase the efficiency of operating systems and processes, all of which will be paid back mostly by the stream of utility cost savings made possible as soon as the individual projects are implemented. Another major benefit will be the improved air quality in Houston and providing emissions reduction credits as part of Houston’s commitment in reducing nitrogen oxides as required by the Texas Emissions Reduction Plan (TERP).

In 2001, the state legislature enacted laws directing TEES to fill an important role in the implementation of state energy standards for new construction and calculating emissions reduction benefits from energy efficiency and renewable energy initiatives, which are part of TERP. The ESL has worked with the Houston Airport System on various energy-efficiency projects for more than five years. This new project is the culmination of previous studies and will be one of the most comprehensive undertaking for both the ESL and the Houston Airport System.

The project is expected to begin in this month and conclude within a year.