Monday, 26 November 2018
0
Robin Whitlock
The UK government’s original ambition of installing smart meters in every home by 2020 will not be met, and the cost of the rollout will likely escalate beyond initial expectations, the National Audit Office (NAO) said last week (Friday 23rd November). 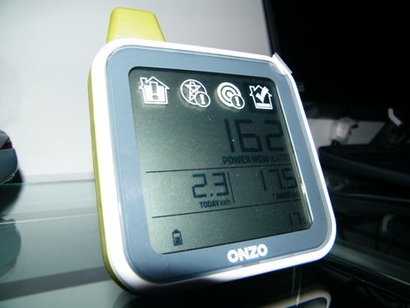 The Department for Business, Energy and Industrial Strategy (BEIS) underestimated how long it would take to implement the infrastructure and technical standards for the second generation of Smart Meters (SMETS2). Significant technical delays resulted in the first SMETS2 meters only being installed in July 2017, over three years later than first planned. In their absence, energy suppliers have installed 12.5 million SMETS1 meters, 7.1 million more than BEIS’s planned 5.4 million.

The rollout of this many SMETS1 meters was the unintended consequence of BEIS aiming to install smart meters quickly. BEIS decided on this strategy without making an economic assessment of its implications. It says rolling out SMETS1 meters has allowed consumers to experience the benefits of smart metering early. However, most of the benefits enabled by smart meters will be realised in the long term, and so did not require an urgent rollout.

Because the start of the SMETS2 rollout was significantly delayed, sticking to the 2020 deadline is putting increasing timetable pressure on the programme. This increases the risk of cost escalation and/or technology being rolled out before defects have been addressed. BEIS’s view is that without maintaining its commitment to the 2020 deadline, energy suppliers will continue to underinvest in the rollout, while repeatedly arguing for more time.

The mass rollout of SMETS1 meters has added to the complexity and cost of the programme. Around 70 percent of SMETS1 meters “go dumb” when people switch supplier because the new supplier is unable to communicate with the meter. This means people must choose between remaining with a more expensive tariff or losing the benefits of their smart meter. Currently 943,000 SMETS1 meters have lost their smart functionality and are operating in dumb mode. BEIS plans to resolve this issue by connecting SMETS1 meters to the central communications infrastructure that has been built for SMETS2 meters, but this project has been delayed by six months (to May 2019) and the NAO has said it is not certain if it will work for all SMETS1 meters.

In 2016 BEIS expected the cost of the programme to be £11 billion and estimated it would bring economic benefits of £16.7 billion. The costs are equivalent to £374 per dual fuel household (in total, rather than annually). The NAO has, however, found the £11 billion figure underestimates the true cost of rolling out smart meters, which has since increased by at least £0.5 billion, equivalent to an extra £17 per household. BEIS expects these costs to be more than offset by cost savings for industry and consumers.

It is currently uncertain whether all of the industry cost savings forecast by BEIS will materialise, in part because of the extra 7.1 million SMETS1 meters that have been rolled out. Network companies doubt that SMETS1 meters can be used to provide the full range of functions SMETS2 meters offer for managing electricity networks more efficiently.

Even if industry costs are cut, BEIS is not monitoring whether these savings are passed on to consumers.  It says competition between suppliers will ensure that suppliers pass on any cost savings, but has no way of knowing if this is happening in practice.

The NAO also believes that the £0.5 billion cost increase is a conservative estimate as it does not include the potential cost of replacing less technologically advanced SMETS1 meters. Nor does it factor in costs which will be incurred if energy suppliers do not bring installation costs down from the level they were at in 2017.

Energy suppliers can currently only install SMETS2 meters in at most 70 percent of all households due to limitations in the technology currently available to them. BEIS expects them to start rolling out new technology in Spring 2019 which will increase coverage to 95 percent to 96.5 percent of homes, but the technology required for the final 3.5 percent to 5 percent of buildings such as high rise flats, is still being developed.

The SMETS2 system consists of many interacting components, several of which are still being tested, or have not yet been deployed or developed, so it may take years before it is known if it works in its entirety. Installation of SMETS2 meters in the North of England and Scotland is also lagging behind the rest of Great Britain due to problems integrating smart meters with communications infrastructure. As of the beginning of November, just 3,000 SMETS2 meters had been installed in the North of England and Scotland, compared to 106,000 in the rest of Great Britain.

While 74 percent of consumers with smart meters are satisfied, suppliers have found it difficult to arrange installations because even consumers that say they want a smart meter may treat it as a relatively low priority. The NAO estimates that suppliers could spend around £200 million on marketing and consumer engagement to increase demand – a cost that BEIS did not include in its £11 billion estimate of the cost of the programme.

Energy suppliers are falling short of their obligation to provide consumers with advice on how to save energy, and this is likely to limit how much money they can save with their smart meters. Although energy suppliers should provide this advice at the point of installation, an estimated 2.1 million households with a smart meter have missed out. Around one third of consumers with a smart meter say they want more advice on how to save energy, and the NAO has called on BEIS to ensure this is provided.

There are also important gaps in BEIS’s monitoring of costs and benefits. The overall cost of the programme is currently unclear, because BEIS has not updated its analysis since 2016; it is not tracking energy suppliers’ spending on marketing smart meters; and it is not systematically monitoring whether the intended energy savings are being achieved.

However, according to an independent study, subsequently published by Smart Energy GB, most consumers are happy with smart meters in households where they have been installed. The NAO itself still believes that the smart meter programme will be successful over the long term:

“Costs are rising, and timescales slipping, but smart meters can still succeed over time” said Amyas Morse, head of the NAO. “BEIS has taken most of the decisions that matter on the programme so far. They now need to take responsibility for getting it back on track and protecting the interests of consumers who will ultimately meet the bills.”