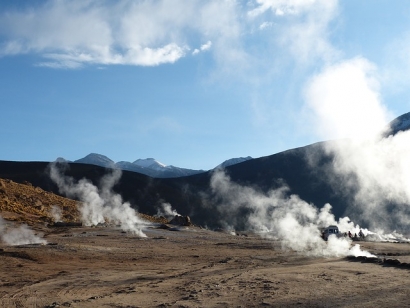 The GeoHub will be developed to generate and supply more than 200,000 megawatt hours a year of continuous baseload energy, primarily heat.

The first phase will supply industrial users in the area with 100% green heating and cooling as well an ancillary green electricity and/or hydrogen.

CeraPhi’s closed-loop system needs no injection or circulation of water within the rocks between boreholes, unlike most conventional geothermal wells, eliminating the possibility of induced seismic activity.

As in established heat networks, heat from GeoHub would be delivered to the end user via a small diameter hot water pipe and heat pump system.

More wells and sites could be added at any stage to supply a wider range of end users subject to permissions.

CeraPhi, which has offices in London, Houston and Cornwall as well as its Great Yarmouth base, was set up last year by a team of highly experienced global oil and gas experts.

Karl Farrow, CeraPhi’s chief executive, said the Heads of Terms agreement was a “signficant step forward” in harnessing the heat beneath our feet in the journey to net zero. “GeoHub will hopefully be the first of many, a scalable cost-effective solution for baseload energy providing the end user the cleanest and most cost effect long term solution to energy right from under our feet using a relatively small footprint, in this case, re-using and existing oil and gas site which really is a sustainable energy transition.

“Having already undertaken the initial feasibility study for the project we are really looking forward to getting started on the conceptual development phase and working with UK Oil and Gas on the development of this project.”

Stephen Sanderson, UKOG’s chief executive, said, “It makes perfect sense for the UK to harness the abundant green heat energy beneath our feet to heat, cool and power our homes and industry.

"The envisaged GeoHub’s weather independent baseload is firmly in line with both the UK government’s “build back greener” strategy for net-zero and the Company’s ambition to transition its UK assets into sustainable green energy hubs.  We look forward to working with CeraPhi to further define and deliver the project.”

It is envisaged that current oil production at the site will continue to the end of economic life. It will then be repurposed to add further geothermal baseload, transitioning the site into 100% renewable energy provision.

Conceptual engineering design and preparation of a planning application are planned to begin in the New Year following execution of the joint venture agreement.