Monday, 17 January 2022
0
Robin Whitlock
The much-decorated military leader who changed the Ministry of Defence’s approach to climate change has joined the crusade for large-scale geothermal energy by taking on the role as global strategist for pioneers CeraPhi Energy. 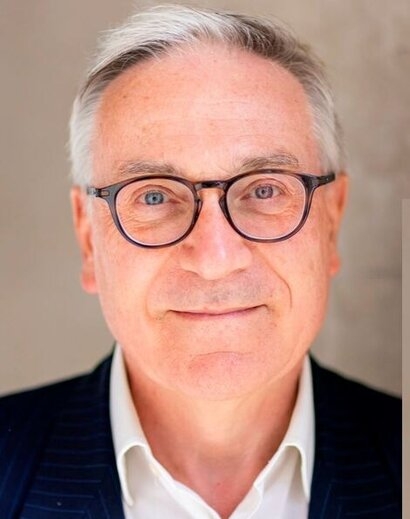 Lieutenant General Richard Nugee, the retired three-star general who wrote the report that led to the MoD’s Climate Change and Sustainability Strategic Approach, takes a seat on CeraPhi’s advisory board and will champion the business, a signatory of the Armed Forces Covenant, as an employer for military leavers.

CeraPhi, headquartered in Great Yarmouth, with bases at Houston’s Greentown Labs and in London and Cornwall, is driving deep geothermal projects using its proprietary closed loop technology across the world, with a total of nearly 1.2 GW of heat, cooling and power projects under development and more than 1.8 GW under appraisal.

His support for deep geothermal is rooted in its potential for delivering reliable baseload energy for heating, cooling and electricity that, unlike wind and solar, is not dependent on weather.

“CeraPhi’s mission and the deep geothermal solution is really appealing with huge potential” said Lt Gen Nugee, retired Chief of the Defence People, and one of the army’s most senior officers. “We need to persuade the government and industry, particularly energy hungry industry, what the geothermal offer is. By 2050, we will need at least five times more renewable energy than we need now. How are we going to do it? Solar panels and wind can’t achieve it all, nor can nuclear. None of the solutions will be sufficient in their own right, so what is there? Deep geothermal is a solution that can be taken all around the world. Once it is drilled, it is there forever. When one drilling can heat 20,000 homes, a town would need just two wells drilled to bring up enough heat indefinitely.”

His work on the Climate Change and Sustainability Review Lead in Defence document during the pandemic outlined why the Armed Forces needed to adapt to a warming world and become more sustainable. His work shifted the MoD’s stance on cutting emissions and sustainability measures.

“We may well run out of electricity in 2035 unless we do something” added Lt Gen Nugee. “We have got 10 years to put in enough wells to be able to be part of the mix to create renewable green energy and that part of the mix isn’t just going to be deep geothermal, we need much more energy, and we need more of it to be renewable. There is a massive task here. We need to get the message across to industrial users that we can produce 5 MW from every single drilling and it will be eternal. Its potential domestic application means, for example where I live, with a population of 31,000, just two wells could provide all the electricity for homes, our industry, enterprise zones and all our community needs. After the upfront cost, this could service all our electricity needs, completely independently.”

He will join the CeraPhi team at its strategy days next month in Great Yarmouth.