Friday, 08 June 2018
0
Dan McCue
Borealis GeoPower, a renewable geothermal energy company based in Calgary, Alberta, has received four geothermal resource well authorizations from the BC Oil and Gas Commission for thermal gradient wells on its Canoe Reach Geothermal Project, south of Valemount, British Columbia. The well authorizations will allow the company to begin drilling for collection of geotechnical and temperature gradient information. 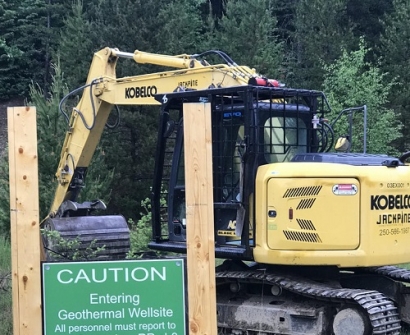 This represents the first time the Commission has issued a well authorization under the Geothermal Resource Act. The first well is expected to spud in the coming days.

Borealis’ CEO, Alison Thompson stated, “We’re honored to be issued the first geothermal well authorizations in the Province of BC under the new Geothermal Resources Act and the stewardship of the Oil & Gas Commission.”

Borealis GeoPower Inc. has held geothermal tenure in the Valemount area since 2010.
The company’s pre-feasibility study was completed by a Qualified Person under the Canadian Geothermal Code for Public Reporting.

Thompson commented, “We didn’t get to this point today, alone. The Honorable Minister of Energy, Michelle Mungall, her Ministry and its crown corporations have remained engaged around geothermal energy and supportive of our project since its beginning. The Forestry Ministry, with personnel who have been on the ground with us in Valemount, has helped us prepare for drilling operations. The Village of Valemount, the Villagers and MLAs, Shirley Bond and Andrew Weaver, have encouraged us from Day 1. We’ve become good neighbours to other corporations operating in the Robson Valley Region such as Valemount Glacier Destinations and Kinder Morgan. Simpcw Peoples appreciate the renewable nature of our energy resource and we share their values about the land.”

“Alberta Innovates is pleased that Borealis GeoPower Inc. has been granted well authorizations for the Canoe Reach Geothermal Project,” said Maureen Kolla, Manager Clean Power and Heat for Alberta Innovates. “The opportunities for geothermal power to create renewable electricity and other forms of low-carbon energy are exciting; and, that puts projects like this squarely at the frontier of the new economy. We are working with Borealis GeoPower to advance the design and engineering behind solutions that can help to develop distributed geothermal resources.”

The Borealis team is culturally diverse and gender balanced and has recently added international experts. Thompson remarked, “We not only drill into mountains, but by working together, we also move them, and Borealis is deeply committed to our team and host community.”