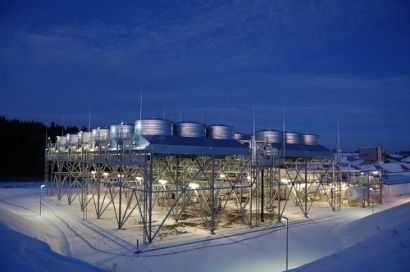 GPC Instrumentation Process was chosen for the design and implementation of the first sub-horizontal well in a geothermal project, a technique so far only used for oil drilling that allows to drain more hot water over a long length.

Politecnico di Torino (Italy) was nominated for their system ENERTUN, that allows transforming a tunnel lining into a low enthalpy geothermal system.

A total of 19 nominations were received overall, including submissions from a wide range of companies and research institutes, demonstrating the enthusiasm of the sector and the constant efforts towards innovation, increased efficiency, and reduction of costs.

“Every year we receive very interesting candidatures, but this year the list was particularly impressive” said Philippe Dumas, EGEC Secretary General. “All nominations were of exceptional quality, setting the bar remarkably high and providing the jury with a difficult task. This is an important recognition both for the vitality of the geothermal industry and for the growth of the award. I would like to thank everyone who entered the competition.”

Because of a conflict of interest, two members of the jury, including EGEC President Ruggero Bertani, excluded themselves from the jury before the beginning of the evaluation process in order to ensure transparency and independency.

Nominations for the award are assessed on grounds of originality, innovation, reliability, reduction of emissions, and improvements in energy output.

The Jury will now deliberate to select an overall winner which will be announced on 1st March at the GeoTHERM expo & congress in Offenburg (Germany).

Image: A geothermal power plant at Wairakei in New Zealand