Friday, 24 November 2017
0
Robin Whitlock
The European Union (EU) has announced the formalisation of an EU grant contribution to the Geothermal Risk Mitigation Programme for the Eastern Caribbean. 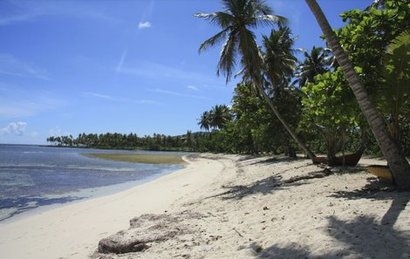 The announcement was made in New York three days ago by the Commissioner in charge of International Cooperation and Development, Neven Mimica and the President of the Caribbean Development Bank (CDB), Dr Warren Smith. The Geothermal Risk Mitigation Programme will facilitate the development of up to 60 MW of geothermal energy capacity in up to five countries – Dominica, Grenada, St. Kitts and Nevis, Saint Lucia, and St. Vincent and the Grenadines.

“The Programme will help to increase renewable energies in the Caribbean by supporting the development of geothermal energy” said Commissioner Mimica. “The EU grant contribution of 12 million euros will serve to jump start geothermal development through co-financing for higher-risk investments required at the early stage services of exploratory drilling, within a programme, which could leverage additional financing of approximately 400 million euros. It will decrease dependency on energy imports – reducing fuel import bills, electricity costs and help to decrease greenhouse gases emissions and other pollutants”.

Dr Wm. Warren Smith, President, signing on behalf of CDB, added that the bank welcomes the EU-CIF’s contribution to geothermal energy development in the Eastern Caribbean which will add momentum to ongoing efforts to transform the energy sector in the region, as well as supporting member countries in harnessing their renewable energy resources. The signing of the agreement represents a strengthening partnership between CDB and the European Union and the CDB is looking forward to collaborating further to support economic growth and competitiveness, and creating a more sustainable future for the people of the region.

The project will help geothermal energy development in the five small island states with isolated electricity markets and high dependency on energy imports. Currently, these countries lack the necessary scale to import cheaper fuels, and rely on expensive diesel and heavy fuel oil. As such, electricity tariffs in these states are among the highest in the world. Geothermal energy is heat energy generated and stored in the Earth, and is therefore an indigenous energy resource that would be able to meet national electricity demand.

This would relieve these five states from oil imports, by up to 722,000 barrels per year, as well as lower current electricity prices. Additionally, it is a clean and renewable energy technology that will reduce greenhouse gas emissions and contribute to climate change mitigation.

The 12 million euros in grant funding will be used to provide investment grants at the exploration phase, as well as technical assistance to support capacity-building initiatives and studies that explore opportunities for, and the feasibility of, interconnection between islands to facilitate the export of electricity by geothermal energy producers.

The grant contribution is funded through the Caribbean Investment Facility (CIF), established in 2013. It is one of the EU’s regional blending facilities, aiming to mobilise funding for key infrastructure development projects by combining grants from the European Development Fund with loans from other sources, including European and Regional Financial Institutions. To date, eleven projects have been approved for a total CIF grant of around 83.6 euros leveraging total investment costs of over 963 million euros.