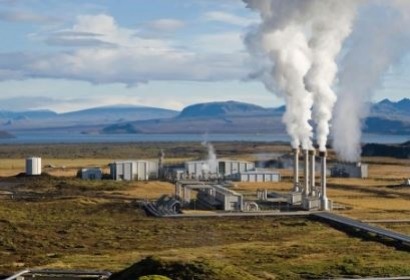 In a written statement, the company's president director, Dwi Soetjipto, said the investment fund will be used to enhance the capacity of the geothermal power plants from 505 MW to 907 MW over the next four years.

"We have put the development of geothermal energy in one of our strategic priorities and we've had the blue print for the development until 2019," Dwi Soetjipto said during the inauguration of the Kamojang Geothermal Plant in Garut, West Java. T

he 907 MW capacity geothermal power plant is expected to reduce the use of fuel oil until 43,000 barrel oil equivalent per day.

Other geothermal power plant development projects include Lahendong 5 and 6, a small-scale plant of Lahendong and Sibayak in North Sumatra Province; Hululais 1 and 2 in Bengkulu Province; and Sungai Penuh 1 in Jambi Province.

Geothermal power is an increasingly significant source of energy in Indonesia, which, by virtue of its volcanic geology,  is believed to sit atop roughly 40 percent of the of the world's potential geothermal resources.

Currently the nation is the world's third largest geothermal electricity producer, behind only the United States and the Philippines.

But according to the World Bank and the Asian Development Bank more remains to be done to truly harness Indonesia's geothermal possibilities.

In a report issued earlier this year, , Unlocking Indonesia's Geothermal Potential, the banks suggested a number of policy reforms are  needed to spur sustained expansion in the sector.