Tuesday, 10 July 2012
0
REM
WWF-Indonesia released a report last week entitled “Igniting the Ring of Fire: A Vision for Developing Indonesia’s Geothermal Potential” – an essay that elaborates the challenges and opportunities involved in the development of geothermal energy in Indonesia, which also gives a picture on their possible workarounds. 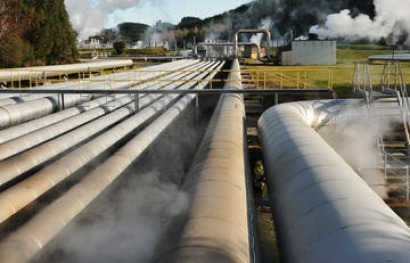 Indonesia has the world’s largest potential for geothermal power plants, measuring 29 gigawatt total at minimum. Of this whole potential, only 1.2 gigawatt is currently installed. Indonesia’s national energy policies specify that geothermal energy is aimed to contribute 5% to the national power needs by 2025, but as of now, geothermal energy contributes but a meagre 1% and is growing slowly.

Various obstacles and difficulties stand in the way of geothermal development, ranging from those in terms of policies and regulations, organization of institutions, sector logistics, regional autonomous policies, human resources, good governance issues, to technical difficulties such as: data accuracy, tender process, involving local residents in the construction, price negotiations, official permits, and others.

“It is time for the development of renewable energy sources to be the long-term priority of the national energy agenda. As the economy improves, Indonesia’s power needs are also rapidly rising, at a rate of 7% annually,” emphasises Nazir Foead, Director of Conservation WWF-Indonesia. “These needs are mostly satisfied using fossil fuel, which is becoming increasingly scarce. We have an abundance of renewable energy sources, why are we not developing them? This is no longer a matter of choice, this is a necessity.”

WWF-Indonesia is currently engaged in the programme “Geothermal Ring of Fire,” developed in collaboration with WWF Philippines and WWF Climate & Energy Global Initiative, which is expected to be able to encourage significant progress towards eventual utilization of renewable energy sources, especially the long-term production and utilization of geothermal energy in Indonesia and the Philippines as early as 2015.

“Geothermal energy as a renewable energy source is capable of sustaining national energy needs in the long run due to, among others, its low emission value, that it requires less space than other renewable energy sources, that it reduces dependency on fossil fuel as source of electricity as well as diminishing the need for government subsidy,” explains Nyoman Iswarayoga, Director of Climate Change and Energy WWF-Indonesia.

He adds, “The nature of geothermal energy; that it is site specific, cannot be stored in reserve and cannot be transported over great distances, renders it completely non-viable as an export commodity, therefore making it resistant against global energy competitions and price fluctuations. Additionally, development of geothermal energy would create new jobs that would improve the quality of life and economic productivity of the surrounding residents.”

WWF sees geothermal energy as a low-emission and environment-friendly renewable energy source. In developing it, the following aspects need to be considered: