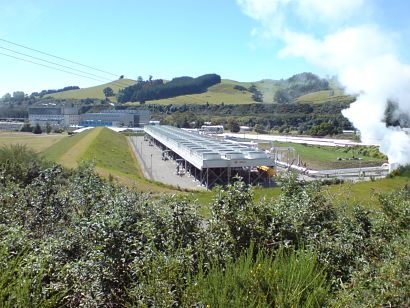 The aim is to streamline geothermal investments and facilitate more projects around the world, enabling the delivery of a more robust and reliable set of procedures when screening a potential site for setting up geothermal energy projects.

The specifications of the United Nations Framework Classification (UNFC) to Geothermal Energy Resources and Reserves provides a harmonised framework to qualify estimates of extractable geothermal energy by projects - taking into account economic viability, technical feasibility and geological confidence - that will help stimulate geothermal investments in countries where it is applied.

“Geothermal energy is fully recognised as a stable, reliable source of energy that can power economic development without contributing to climate change” said Henning Wuester, Director of IRENA’s Knowledge, Policy and Finance Centre. “As a result, globally we have seen a growing demand for geothermal projects and growing need for initial appraisals of potential sites for geothermal power, heat and other direct uses. Through collaboration between IRENA, the IGA and the World Bank we expect to develop and promote transparency and standardisation in the way resource assessments are conducted, reviewed and reported to promote a better understanding of the true potential and value of geothermal prospects”.

In September 2017, countries of the Global Geothermal Alliance, an IRENA initiative, agreed to work together to identify and implement measures to significantly increase the speed of geothermal energy development through the Florence Declaration. Standardisation of geothermal resource estimates in countries is key to achieving this, as it provides clarity to investors, regulators, governments and consumers - critical when considering development opportunities at both project, company and national level.

Abdulmalik Oricha Ali, IRENA’s coordinator for the project, added that the UNFC system, when applied, is expected to foster an easier understanding of the geothermal resource base in most countries, and facilitate effective valuation of geothermal fields, and as a consequence, increase access to finance for investments in the sector.

Since its official endorsement by the United Nations Economic Commission for Europe Committee on Sustainable Energy in 2016, the UNFC Geothermal Specifications have only been applied to single project case studies in just a few countries, but the new collaboration will see the classification for the first time applied to whole countries.

Piloting the initiative will involve authorities at national level in four countries with strong geothermal ambitions applying the UNFC to all geothermal projects in their country and will include developing a near holistic picture of geothermal potential including maps and tables in IRENA’s Global Atlas for Renewable Energy platform.

The project will be jointly implemented by IRENA and the IGA, with support from the World Bank’s Energy Sector Management Assistance Programme. It will begin by reviewing and classifying the identified geothermal projects and resource estimates of Flores - an Indonesian island with 14 different geothermal projects, representing significant geothermal development activity.