Tuesday, 11 August 2020
0
The need to tackle climate change and reduce greenhouse gas emissions has pushed countries to find different ways to utilize renewable energy. Setting up geothermal power plants is one of the environmentally-friendly ways to achieve that, and various countries across the world have been investing massively to establish plants. Countries from the Middle East, South America, and Europe have already taken steps to tap into unlimited potential of this renewable energy source. 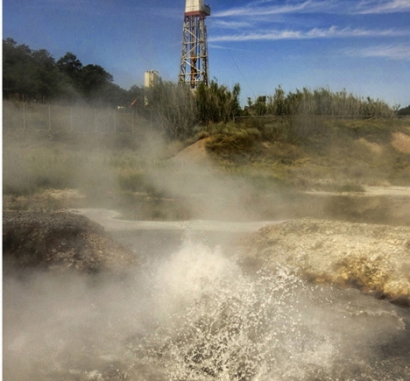 As various countries have been working hard and investing in geothermal projects, African countries such as Kenya are no exception. Kenya took a step forward by joining hands with Japan for setting up and operating a plant in the country. Geothermal power generation contributes to nearly half of the entire grid capacity.

The demand for geothermal power generation is gaining momentum across different continents in the world. A lot of new plants will begin their operations in the coming years. According to the report published by Allied Market Research, the global geothermal power market is expected to reach $6.8 billion by 2026. Following are some of the activities taking place in the industry.

With governments across the world realizing the importance of geothermal plants and utilizing renewables sources optimally, new power plants have been approved in one of the Middle Eastern countries. The Thermal Power Plants Holding Company (TPPH), based in Iran, will commission the first geothermal power plant of the country. According to the Ministry of Energy of Iran, the plant is expected to be commissioned by the first quarter of 2021. The plant’s first phase is planned to have a generating capacity of 5MW, according to Mohsen Tarztalab, the managing director of TPPH. This capacity is expected to scale up to 50MW.

A gas turbine (MGT75), developed in collaboration of TPPH, the Niroo Research Institute, and the MAPNA Group, will be utilized. This turbine has a capacity of producing nearly 220MW of electricity. The authority plans to invest nearly $40.4 billion in development of the plant at the base of Mont Sabalan. Following the various environmental studies, this site was determined to be the best suited for increasing capacity, lowering water consumption, reducing construction costs, and enhancing efficiency.

The trend of investing in geothermal power plants continues to European countries. With advancements in technologies and innovative environmentally- friendly methods of operation, new plants will be set up. The U.K. government announced the plans of investment in geothermal lithium recovery pilot plant at Cornwall. The investment of £4million will be made in the project, which is a collaboration of Cornish Lithium and Geothermal Engineering Ltd. The project aims to produce lithium from geothermal waters. This project would give a zero-carbon footprint.

The Direct Lithium Extraction technology will be utilized in the plant. This technology uses nanofiltration for eliminating lithium components from water. Then injection boreholes would return water to depths. Cornish Lithium and GEL conducted tests found that sources of lithium and geothermal lying under the granite rocks in Cornwall can be utilized in the plant with the help of advanced extraction technologies. Ryan Law, the managing director of Geothermal Engineering, outlined that untapped natural resources in Cornwall can be utilized to set up the first geothermal power plant in the country. He added that the partnership with Cornish Lithium would be useful in combining expertise and running the power plant successfully.

The power plants, the Achumani plant and the Quello Apacheta plant, will be set up in Arequipa and Moquegua, respectively.

Franklin Acevedo, the country manager at EDC, highlighted that the company gave EIA for the Achumani project and it has been approved. The drilling process will be completed in 18 months. The company would submit EIA for Quello Apacheta plant in early 2021. Once it gains approval, the company will start the drilling process immediately. Acevedo outlined that the projects would give a boost to the economy. In addition, they will give a quality of life to population and preserve the environment.

Pratik Kirve is writer, blogger, and sport enthusiast. He holds a bachelor degree in Electronics and Telecommunication Engineering and currently working as a Sr. Specialist - Content Writer at Allied Analytics LLP. He has avid interest in writing news articles across different verti