Tuesday, 01 May 2018
0
Robin Whitlock
Two of the UK’s leading scientific agencies have submitted plans for an exciting new research development exploring the potential of disused coal mines for the provision of geothermal energy to homes in Glasgow. 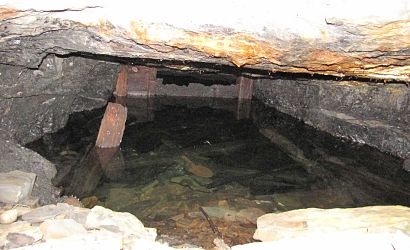 The £9 million project aims to create an opportunity for research in relation to the geothermal energy potential of the warm waters in the large expanse of disused coal mines under the city of Glasgow, which could possibly be used to heat homes and businesses and store waste heat for future use. A research site has been proposed for the Clyde Gateway area in the east end of Glasgow. This is one of two such sites proposed in the £31 million UK Geoenergy Observatories Project, led by the Natural Environment Research Council (NERC) and the British Geological Survey (BGS), the other proposed site being located in Cheshire.

The field site proposed for the Clyde Gateway area would be used to sink a number of boreholes at various depths in order to research the geology and underground water systems. Measurements would be taken from the boreholes, such as temperature, water movement and water chemistry. The data will be monitored and assessed over a number of years.

“The UK Geoenergy Observatory in Glasgow would further our understanding of the shallow geothermal energy contained within flooded mineworkings” said BGS chief geologist for Scotland Diarmad Campbell. “It would help us to better understand that environment and to determine whether the warm water within the mineworkings below UK towns and cities could provide a sustainable heat source”.

The BGS held a community engagement event in Dalmarnock in September 2017 and has since been consulting with local stakeholders and residents. It has also been working on the technical details for the observatory and has now submitted planning applications for 22 boreholes over seven locations to Glasgow City Council and South Lanarkshire Council for consideration. The boreholes would enable environmental baseline observation and mine characterisation, providing a real environment for scientists to research the potential of using the heat from the UK’s flooded mineworkings. The boreholes would be operational over a 15-year lifespan and open to the whole of the UK science community to undertake research. Realtime data from state-of-the-art sensors would feed from the boreholes to an online portal that would be open, free and accessible to all.

“We need low-carbon heat sources that are close to the consumer” added Zoe Shipton, Professor of Geological Engineering at the University of Strathclyde and Chair of the UK Geoenergy Observatories Science Advisory Group. “This therefore means that geothermal heat resources will be developed below our towns and cities. The whole of the scient community has committed to work together to create observatories to gather the data we need to understand the rocks and tunnesl so we can extract heat from similar sites safely and with minimal impact to local people”.