Tuesday, 01 February 2022
0
A seminar on geothermal energy held by the Society of Petroleum Engineers (SPE) is the latest proof of escalating interest by oil and gas professionals in the renewable source of clean energy beneath our feet that could be key to the world’s transition away from fossil fuels. 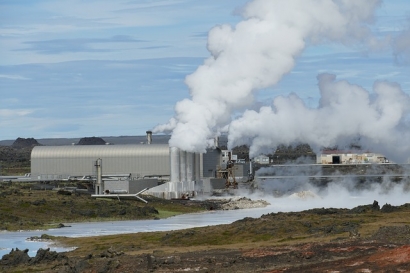 “I’m really excited to see this conference happening. It’s a testament to how geothermal has grown within the oil and gas industry over the past few years,” said Jamie Beard, keynote speaker for the Geothermal Seminar 2022 held January 25 and organized by the Aberdeen, Scotland, section of SPE. Beard is the Executive Director of the Geothermal Entrepreneurship Organization at the University of Texas at Austin.

Kirsten Pasturel, Founder and Director of ZeGen Energy, noted in her welcoming remarks that “many of the players innovating in the geothermal space today hail from an oil and gas background. They have been quick to understand the value of their skills in this space. Arguably, the oil and gas sector has more relevance to geothermal than any other renewable sector. Just think about it: exploration, geoscience, wells production…it is all there.”

The seminar featured more than 25 speakers organized into three sessions: Building Up Steam, Making It Real, and Closing the Loop. Key themes included opportunities for oil and gas professionals, market trends, challenges and potential solutions, and the need for inclusiveness in working on geothermal with a variety of stakeholders, from the public to regulators to environmental groups.

Ann Robertson-Tait is President of GeothermEx, the most comprehensive geothermal consulting firm in the Western Hemisphere, according to its website. During her remarks at the seminar, she cited the “massive” potential for the oil and gas industry to help move geothermal energy forward. GeothermEx is “heavily involved in helping people understand the differences between oil & gas and geothermal, and the similarities, [and] there are probably many more similarities than differences.”

She noted “the very wide interest in this topic globally” that she and colleagues are seeing. “I would say that oil and gas is at the door of geothermal, and we’ve waited for this day for a long time.”

Alex Crossland, Senior Associate at Aberdeen Drilling Management, has over 20 years of experience in the oil and gas field and was co-chair of the session in which Beard participated. “One of the big questions on everyone’s lips,” he said, is the retraining necessary for oil and gas professionals moving into geothermal. He asked Beard for her thoughts.

“The oil and gas professional associations could really lead in this way,” she said, through events like the SPE-Aberdeen seminar. “The way to do [retraining] fast is to do it like this, where you’ve got groups that are already focused on the oil and gas workforce, and really hammer home that geothermal is just about a perfect skills match in terms of transition.”

“All of them,” Beard said. “What’s becoming clear is that everybody is focused on a different thing in different regions of the world. And there’s a reason for that,” she said, citing different geologies and cultures. As a result, she said, we need an “everything-on-the-table approach to geothermal…It’s going to be about picking from a menu of options based on where you want to develop a project and what you need.”

She and others noted the importance and more immediate promise of using geothermal energy to decarbonize heat. In many countries heating accounts for a large part of the energy budget. In the United Kingdom, for example, it accounts for about half of the energy used.

Catherine Hickson, CEO of Alberta No. 1, said that in Canada heating accounts for more than 60 percent of the country’s energy needs. As opposed to geothermal for the production of power, Hickson noted that geothermal for heating requires shallower wells with much smaller diameters, and pumping costs are significantly less. Although she acknowledged the potential of geothermal for power, “I think decarbonizing the heat sector is extremely important.”

Said Peter Ledingham, Managing Director of GeoScience Ltd., “geothermal [in the UK] is a fantastic option for decarbonizing heat…I’ve no doubt at all that it will absolutely take off in the next few years.”

Several presenters said that to really unlock the potential of geothermal, we must be able to access the extreme heat around 10 miles beneath our feet. Rock that deep is so hot that water pumped there and exposed to temperatures of around 400 degrees Celsius (752 degrees Fahrenheit) would become supercritical, a steam-like phase that most people aren’t familiar with. Supercritical water, in turn, can carry some 5-10 times more energy than regular hot water, making it an extremely efficient energy source if it could be pumped above ground to turbines that convert it into electricity.

It's not possible to drill that far today. Among other problems, conventional drill bits break down at those temperatures. Advances in technology, however, could change that. Two presenters described approaches to that end.

In the world’s transition to clean forms of energy, “I believe that geothermal is not just another option, it’s an absolute necessity for success,” said Carlos Araque, CEO of Quaise Energy, Inc. He described the scale of the problem by noting that global energy use has been doubling roughly every 25 years going back to the Industrial Revolution. As a result, we need to “develop and deploy clean energy sources fully scalable to 40 terawatts by 2050 and 100 terawatts and beyond by 2100.” (Today the world runs on about 20 terawatts of energy.)

“Aside from nuclear fusion and deep geothermal, there are no other primary energy sources that can get us there,” Araque said.

Quaise’s approach to drilling deep enough to make that potential a reality involves a novel hybrid drilling technique. The drilling starts with conventional technologies that are then replaced with a new technology based on millimeter wave energy (cousins to the microwaves many of us cook with). Those millimeter waves literally melt then vaporize the rock to create ever-deeper holes.

The technology has been demonstrated in the lab at MIT. Over the next three years, Araque said, Quaise will be working with “Nabors Industries, one of the largest drilling companies in the oil and gas industry, to validate the hybrid drilling process under real operational and geological conditions.”

Marc Andersen, Energy Transition Analyst at HydroVolve, described his company’s approach to deep drilling. The GeoVolve Hammer is a percussive drilling system that delivers high-frequency hammer blows to the rock, causing it to crush and fracture ahead of the drill bit. “This then allows the drill bit to remove the crushed rock much more easily and quickly with less damage to the bit,” Anderson said.

The technique “is potentially capable of transforming geothermal drilling economics by significantly reducing the time taken to drill a well,” Anderson continued. The GeoVolve Hammer is in the final stages of bench testing. HydroVolve, working with partners from the oil & gas and geothermal industries, aims to deploy the first system in the coming months.

Jamie Beard and others also emphasized the importance of convening a wide variety of stakeholders to avoid conflict in geothermal. Only a few weeks ago, Beard said, a geothermal project in Nevada was halted by a lawsuit brought by groups worried about the impact of the project on the environment.

“We have to include everyone in our conversations as we develop,” Beard continued. “There’s no reason that geothermal should be polarizing.” She cited the recently launched Texas Geothermal Energy Alliance. Its members include Chevron, the Environmental Defense Fund, and the Sierra Club.

AUTHOR: Elizabeth Thomson is a correspondent for Quaise Energy, Inc.