Wednesday, 18 April 2012
0
Toby Price
The Icelandic state-owned energy producer, Landsvirkjun, has publically offered data centres around Europe the most competitive power prices across the continent in an attempt to benefit from the growing energy demands of the IT sector. The spot light has focused on data centre energy usage recently, especially after Greenpeace’s attack on Apple. 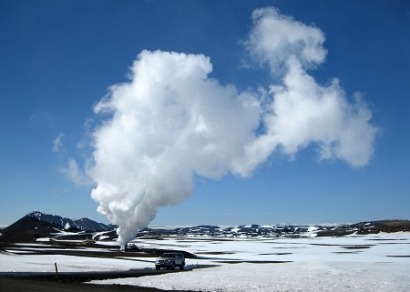 Landsvirkjun is an energy company owned by the Icelandic State, producing electricity from renewable hydro and geothermal sources. It processes 75% of all electricity in Iceland and is the country's biggest electric generator.

However, the company has decided not to rest on its laurels and has set itself the challenge of capturing 1% of the total European data centre market by 2020. All the energy provided to these facilities will be generated from renewable hydroelectric and geothermal sources, helping companies like Google, Apple and Facebook reduce their carbon footprints and energy bills.

The estimated electric energy needed to achieve this target is around 1.5 TWh, about 10% of the company´s current generation.” The ambition is based on Iceland’s ample renewable power development opportunities and the fact that the country has been attracting considerable data centre industry investment drawn by the compelling power proposition, solid infrastructure, and world-class business environment,” revealed the company in a statement today.

Landsvirkjun´s power proposition is to provide the most competitive energy prices in Europe. Recent public quotes from the company offer fixed real rates of $43/MWh in 12 year contracts. In comparison, European average real market rates were from $65/MWh in 2011 on short term contracts with prices expected to increase considerably over the coming decade. In addition, Iceland's power is 100% renewable from hydro and geothermal sources and the quality of delivery has recently been singled out by the World Economic Forum as being among the top three in the world.

Iceland´s infrastructure is well suited to support data centres in light of its fully redundant dual optical data transmission pathways to Europe with a backup connection to North America, its reliable power transmission system built to support power intensive international aluminium smelters, and its ample supply of suitable land space offering year around free cooling possibilities since the climate is cool and temperate.

“Iceland offers differentiating economic advantages with the most competitive power prices in Europe, a commitment to long term contracts and reliable renewable energy.  This makes it particularly attractive for international sustainable business development, especially in sectors such as datacenters where value is attached with being green and secure,” says Magnus Bjarnason, Executive Vice President for Marketing and Business Development at Landsvirkjun.