Friday, 14 June 2013
0
Dan McCue
The US Department of Energy (DOE) has created an online "roadmap" it hopes will foster the proliferation of geothermal energy projects by helping project developers anticipate the regulatory requirements of the jurisdictions in which their projects are planned. 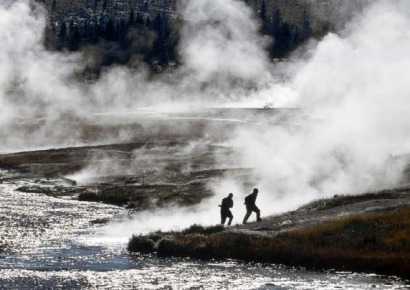 In the works since April 2012, the DOE's Geothermal Regulatory Roadmap (GRR) Team sees its work product as a collaborative tool to facilitate cooperation between planners, as well state and federal regulators and increase the efficiency of their interactions.

In addition, they say, the roadmap will help stakeholders understand regulatory processes and timelines and identify potential areas of concern.

The project is sponsored by the DOE Geothermal Technologies Office (GTO). The roadmap was compiled in partnership with the Bureau of Land Management, US Fish and Wildlife Service, US Forest Service and National Renewable Energy Laboratory.

The roadmapping initiative covers eight western states in the US, including California, Nevada, Hawaii, Alaska, Idaho, Utah, Oregon, and Montana.

The initial roadmap was developed at the federal and state levels, allowing for future expansion to the local (county) level.

Development of the roadmap for two additional states (Colorado and Texas) is currently underway.

Geothermal industry stakeholders have identified the permitting process as one of the most significant barriers to geothermal power project development.

As described on the DOE website: "Drilling exploration and development wells is expensive. A protracted time line has a critical impact on the development of geothermal resources, and often it’s not a single issue or bottleneck, but a combination of multiple or overlapping processes that impact a project."

To address this situation, the DOE Geothermal Technologies Office (GTO) convened a Blue Ribbon Panel of industry experts in 2011. It identified the need for more improvements in geothermal regulation, and recommended that DOE work toward a goal of a streamlined permitting process.

The first objectives were to develop the roadmap  and then to convene stakeholders to review it, all with an eye toward optimizing and streamlining the permitting process, something the DOE has described as "a critical step in accelerating the development of additional geothermal power."

The goals set forth in developing the roadmap were to: