Thursday, 13 January 2022
0
Robin Whitlock
From 17 to January 22, Chile is hosting the H2 Mission which will bring together the most important European players in the energy sector with the aim of discussing the establishment of a clean energy export-import corridor between Chile and Europe. 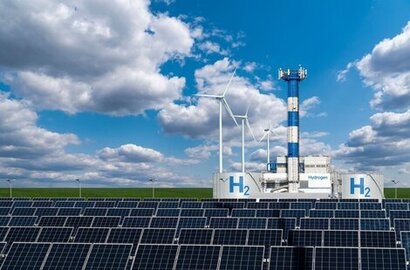 The event will discuss the necessary infrastructure needed to be deployed in order to establish a green hydrogen supply chain. The event marks the beginning of a new stage in plans by ProChile, the government agency in charge of the country's international promotion, to make Chile the world's most competitive renewable energy exporter by 2030.

For five days, representatives of European companies such as Engie, Total, Enel, Siemens, RWE, Austria Energy, Linde and Statkraft, together with the main actors of the Chilean ecosystem, will meet with a delegation led by the Port of Rotterdam and will visit important pilot projects s in northern and southern Chile. Mission H2 has been organised by the Ministry of Energy of Chile and the Port of Rotterdam, with the support of the embassies of both countries and ProChile, and will generate synergies and project solutions related to the green hydrogen supply chain between Chile and Europe, including issues related to certification, regulatory, commercial, technological, human capital and infrastructure development.

The Netherlands and Chile have been working together to create a corridor that allows the hydrogen produced in a renewable way to be exported in Chile and efficiently distributed in the different countries of Europe from the Port of Rotterdam. With this event, both countries seek to involve all European allies and Chileans around a common goal.

With the most powerful solar radiation on the planet and on - shore winds that compete with the off-shore potentials of other areas geographical areas , Chile has the natural conditions to produce more than 1800 GW of renewable energy, that is, 75 times the country's need for internal consumption. To accompany this export potential, in 2020 the country launched its National Strategy Green Hydrogen roadmap which outlines the aim of Chile, by 2030, to be the global leader in the production of H2 by electrolysis and to produce the cheapest green hydrogen in the world with a price below US$1.5/kgH2.

The Port of Rotterdam, considered the largest industrial complex in Europe, is one of the driving entities of the Dutch National Hydrogen Strategy whose mission is to maintain the logistical leadership of the country and position as the leading European platform for fuel imports low carbon emissions.

“Our ability to become an exporter of renewable energy depends on the creation of an all new production, storage and transportation infrastructure that allows us to take full advantage of Chile's natural conditions” said Marcelo Villagrán, Director of ProChile in the Netherlands and hydrogen manager for Europe. “The development of this new industry is a great challenge that requires significant industrial investments and technological developments. Working hand in hand with European players is essential to attract investors and developers, but also to ensure that the necessary standards and certifications will be met for the future export of green hydrogen and its derivatives.”

Monica Swanson, Senior Business Manager, Hidrogeno International, of the Port of Rotterdam, added that the Dutch National Hydrogen Strategy considers imports and for that reason it is developing the necessary infrastructure to receive and distribute energy throughout Europe.

“In addition, we want to link the main actors and establish partnerships to promote projects linked to production and support our future suppliers” Ms Swanson said. “Chile is a country with great potential, specifically in the production of hydrogen and its derivatives as ammonia, methanol and synthetic fuels. We are convinced that the country will be able to become a key supplier of the energy sources of the future, capable of satisfying a substantial part of the expected demand in the Netherlands and the other European countries.”

In addition to Mission H2, From January 17 to 23, the fourth Green Hydrogen Summit will take place, organized by Corfo, the economic development agency of the Government of Chile. The event, which will be held in virtual mode, hopes to gather more than 5000 people from different parts of the world, mainly related to the development of green hydrogen production projects in Latin America. On January 19, a plenary session and a forum will take place, along with a business conference . The other days of the event will include a virtual technology fair and a meeting for students and young professionals in the sector.