EDPR enters into agreement with Lhyfe to foster renewable hydrogen 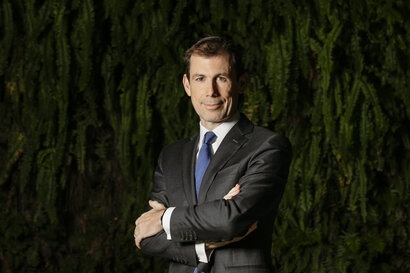 Under the agreement, EDPR will supply renewable electricity to Lhyfe's hydrogen generation projects. In addition, the two companies will identify opportunities for the co-development of projects, with EDPR's shareholding potentially reaching up to 50 percent of the projects’ capital. The companies will also work together on R&D activities, new project development and equipment procurement.

The agreement aims to create value by utilising synergies from the complementary skills and capabilities of the two companies, boosting the growth of EDPR's portfolio, especially in France, and contributing to the development of Lhyfe’s projects all around the world. It also contributes to achieve higher operational and commercial expertise in renewable hydrogen projects.

“We are pleased to have closed this important agreement with Lhyfe as part of its IPO” said Miguel Stilwell d'Andrade, CEO of EDP and EDP Renewables. “We believe that renewable hydrogen can complement the direct electrification as the best means for reducing CO2 emissions and achieving the decarbonisation of the economy, including in the hard-to-electrify sectors. With this agreement with Lhyfe, we reinforce our commitment to the acceleration of the energy transition while also taking one step toward the achievement of our growth plans.”

The partnership with Lhyfe reaffirms EDP’s commitment to the renewable hydrogen sector. The company's ambition is to deploy 1.5 GW of green hydrogen production capacity by 2030. In fact, the group has created the H2 Business Unit (H2BU), especially dedicated to the development of renewable hydrogen projects and focused on developing opportunities in promising sectors, such as the steel industry, chemicals, refineries, and cement plants, as well as heavy-duty long-distance transport.

EDP is at the forefront of this clean energy solution through its leading role in various projects such as the GreenH2Atlantic, a 100 MW renewable hydrogen production project in Sines (Portugal) which is one of the three projects selected by the EU Green Deal Call to demonstrate the viability of green hydrogen production. EDP is also promoting other projects in Spain and in Brazil, under its fair transition plans to transform coal plants into clean technology hubs, leaving no one behind. Additionally, EDP is actively engaging with relevant hydrogen players, leveraging on its significant portfolio of renewable assets, namely in the USA.

Lhyfe's objective is to support the company's development and growth strategy. The firm has a portfolio of more than 4.8 GW of total installed capacity in 93 projects under development in Europe and plans to install 200 MW by 2026 and 3 GW by 2030. Among these 93 projects, 20 are at an advanced stage of development, with a total capacity of 380.5 MW expected to come onstream between 2023 and 2026.

In September 2021, Lhyfe inaugurated the world's first industrial plant directly connected to a wind farm and a seawater supply enabling electrolysis, and since then, it has begun delivering its green hydrogen to fuel mobility uses in the region. Given the size and the maturity of its projects, Lhyfe is one of the world’s largest and most advanced players in the green hydrogen market.

Hydrogen's relevance is explained in the forecast for global demand for hydrogen to increase sixfold between 2020 and 2050, reaching 530 million tons in 2050, driven by economic growth and the multiplication of uses, both in industry and in mobility. The share of renewable hydrogen should represent 60 percent of total hydrogen demand by 2050.