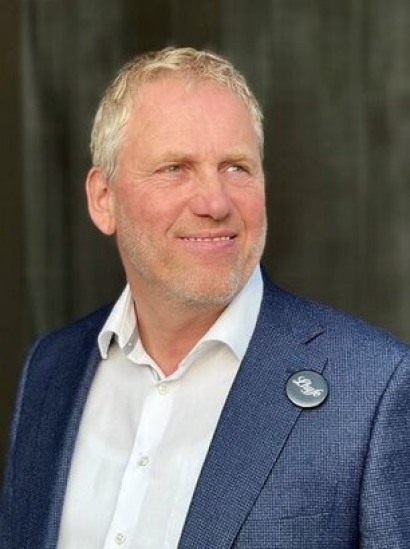 Luc Grare, head of Central and Eastern Europe at Lhyfe. Courtesy of Lhyfe.

The 200-megawatt (MW) facility at the Delfzijl chemical cluster, in the Groningen province, will be capable of producing more than 20,000 tons of renewable green hydrogen per year. This is the equivalent of 55 tons per day, displacing 2.2 million tons of CO2 within 10 years.

The announcement comes after Lhyfe recently launched its UK operation, based in North East England, with the aim of largescale decarbonisation. The company has already secured the required plot of land and renewable energy connections in the Netherlands and plans to have the plant commissioned as early as 2026.

Delfzijl is home to a significant industrial and chemical industry and already uses large quantities of hydrogen in manufacturing processes and demand is set to grow significantly in the future. Lhfye will be able to support companies in their decarbonisation efforts by supplying them with renewable green hydrogen using renewable electricity from the region in the electrolysis process.

The Netherlands aims to be one of Europe’s pioneering countries in green hydrogen, with the roll-out of a national pipeline to supply industrial clusters. This ‘hydrogen backbone’ will be based on the soon to be abandoned Groningen gas grid. Old salt caverns will be converted to store hydrogen along the backbone, securing a steady flow of green hydrogen to the industrial users when renewable energy is not available.

“Delfzijl is an ideal location for renewable green hydrogen production as it has direct access to renewable energies from its offshore wind power plants which are situated off the coast” said Luc Grare, head of Central and Eastern Europe at Lhyfe. “Groningen is one of Europe’s pioneers when it comes to the energy transition. The region’s goal is to become the leading hydrogen valley of North-Western Europe and to build up a complete value chain from production, storage and transportation of green hydrogen. We fully support this development and are proud to be part of the journey. Renewable green hydrogen as an energy carrier will support the transport of offshore generated energy through the country, helping to ease an already congested electricity grid. As such, Lhyfe’s Delfzijl plant will be able to supply green hydrogen throughout the Netherlands, as well as to potential off-takers in Germany and other bordering countries.”

Lhfye is ramping-up the renewable green hydrogen market in many European countries and aims to become a leading producer, targeting a total installed capacity of 3 GW by 2030. To achieve this, the company is establishing regional hydrogen hubs through various plant sizes throughout Europe - including the Delfzijl project.

The Delfzijl project is subject to obtaining required operation licences and building permission as well as a financial investment decision.