Friday, 04 November 2022
0
Robin Whitlock
The North West Hydrogen Alliance (NWHA) is calling on the Government to accelerate the use of hydrogen as an alternative heating source for homes, as the UK faces the challenge of reducing emissions from buildings and securing energy supplies over the winter. 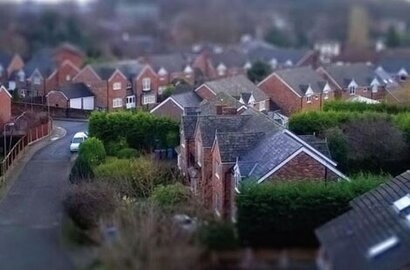 Decarbonising domestic heat is one of the biggest challenges facing the UK as it looks to deliver on its net zero commitments. Heat is responsible for almost half of UK final energy demand and buildings are responsible for nearly 20 percent of all UK emissions.

The UK has one of Europe’s oldest and most poorly insulated housing stocks, making electrification more challenging to implement. The NWHA points out that the country cannot rely on a single solution to decarbonise domestic heat, but will need several solutions including heat pumps, hydrogen and heat networks.

“Rising energy costs and ongoing threats to energy supplies this winter make the importance of creating home grown, low carbon alternative heating options even more of a priority” said Professor Joe Howe, Chair of the NWHA and Executive Director, Energy Research Institute at the University of Chester. “While we will need a mix of solutions, including electrification, the UK cannot cost effectively decarbonise its housing stock without hydrogen. Hydrogen can offer a like for like replacement for natural gas, with new ‘hydrogen ready’ boilers available now. We urge the Government to push ahead with hydrogen for heating and provide clarity on the timing for a decision. This will enable industry to prepare and invest early in the infrastructure required.”

85 percent of UK homes are already heated using a natural gas boiler. Hydrogen boilers are a “like for like” replacement, which will not only help to get consumers on side but once hydrogen ready boilers are installed it only takes 30 minutes for an installer to make the switch from natural gas.

As the existing electricity grid faces challenges of capacity, using the UK’s gas network for hydrogen heating – which already transports 2.75 times more energy than the electricity grid – will result in a more resilient energy system.

Security of supply is essential for ensuring that homes are kept warm in winter. Hydrogen can also be stored when heat demand is low in the summer, for it to be used in winter, thereby reducing supply constraints.

The North West is already making significant strides in developing a hydrogen economy. Whitby in Ellesmere Port, Cheshire has been shortlisted to be the first UK Hydrogen Village, which would see around 2,000 homes move to 100 percent hydrogen. Cadent, British Gas and Cheshire West and Chester Council, the partners in the project, recently opened a Hydrogen Experience Centre - the North West’s first hydrogen demonstration facility open to the public.

“We welcome this new report from the North West Hydrogen Alliance, which provides a clear picture of the need for low carbon hydrogen heating in the UK’s future energy mix” said Helen Boyle, Head of Regional Development, for Cadent. “For the UK to meet its net zero goals we need a range of energy vectors and end technologies, with hydrogen and electrification being vital. Hydrogen is a fundamental part of our clean energy revolution and it’s a key future fuel for heating homes. As the report highlights the scale of change in domestic heating is unprecedented. We’re at the forefront of this change by leading on pioneering projects such as the UK’s first hydrogen village in Whitby, Ellesmere Port. We will be bringing low carbon hydrogen to 2,000 properties in the area which will be a pivotal milestone helping to accelerate action towards the net zero transition.”

The region is also home to the leading hydrogen and carbon capture project HyNet North West, which will deliver amongst the lowest cost CO2 transport and storage infrastructure in the UK by extensively repurposing existing onshore and offshore assets. The project can deliver nearly 40 percent of the Government’s new national 2030 target for low carbon hydrogen production. Able to benefit from the existing regional technical skill base in engineering, chemicals production, refining and offshore oil and gas, HyNet North West is planning to be operational from 2025.