Wednesday, 18 January 2023
0
Robin Whitlock
Scientists from Gwangju Institute of Science and Technology (GIST) have developed a novel tetraphenylporphyrin protection layer for nickel–iron (Ni–Fe) catalysts, which are promising materials for the production of green hydrogen but which are limited by the easy dissolution of Fe inside water-splitting cells. 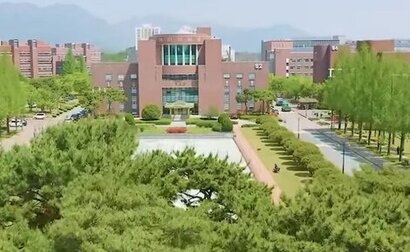 Green hydrogen is produced using environment-friendly methods such as water electrolysis. In this process, electrical energy generated using renewable energy sources, such as solar panels or wind energy, is used to drive a water-splitting reaction in an electrochemical cell to produce hydrogen and oxygen. However, this reaction requires the use of expensive catalysts, which increases the cost of green hydrogen, making it unviable. Using nickel–iron (Ni–Fe) catalysts at the anode is a possible solution, but these catalysts tend to corrode and get deactivated due to the oxygen released at the anode of the water-splitting cell.

To address this issue, a team of researchers led by Professor Jaeyoung Lee of Gwangju Institute of Science and Technology, Korea created a protection layer for Ni–Fe catalyst that can increase their life and performance.

“The major deactivation route for Ni–Fe catalysts is the dissolution of Fe at the oxygen emitting anode of the water-splitting cell” said Professor Lee. “So, we developed an Ni–Fe-based catalyst with a tetraphenylporphyrin (TPP) protection layer. The TPP layer was able to minimise the dissolution of Fe during the oxygen evolution reaction and thus, increase the life and performance of the catalyst.”

“Water-splitting offers a solution to meet the Paris Climate Agreement goal of being carbon neutral by 2050, since water electrolysis doesn’t emit the carbon dioxide while producing hydrogen” added Professor Lee. “But the price of hydrogen production using water electrolysis is still too high. This research can help us reduce the costs by using inexpensive, non-noble materials like Ni and Fe with a protection layer. This can lead us to a more sustainable future for all of us.”