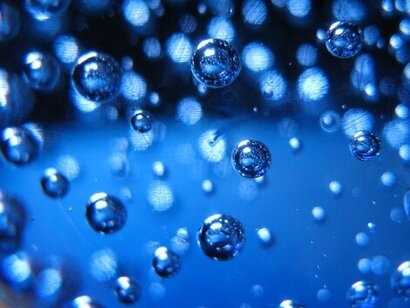 TÜV SÜD has developed a guideline for defining the H2-Readiness of power plants and is offering an independent certification to original equipment manufacturers and engineering, procurement, and construction (EPC) companies. The certification increases investment security for utilities. The guideline for obtaining certification was developed in collaboration with subject matter experts from Siemens Energy.

Hydrogen can play a central role in the decarbonisation of energy systems. In particular, natural gas-fired combined cycle power plants (CCPP) currently being built or planned are also expected to run partially or fully on hydrogen fuel in the future. This means that utilities that plan to purchase this type of power plant will expect a statement of the plant's ability to use hydrogen as a fuel. Some new combined or single cycle gas-fired power plants are already being advertised as H2-Ready today. Until now, however, there hasn’t been a clear definition of what this term means.

However, the H2-Ready certification, doesn’t certify existing power plants; rather, it provides a roadmap that describes how plants can be converted over time to co-fire hydrogen or even burn pure hydrogen.

That’s why the certification of a combined cycle power plant includes three stages: First, a concept certificate for the conceptual design (including boundary conditions) during the bidding phase; second, a project certificate for the implementation phase, in other words, the final plant design and its specifications; and third, a transition certificate for the conversion of an existing CCPP to burn hydrogen – including a review of the retrofit measures and their impact on safety and performance.

“Our guideline enables OEMs, plant operators, and insurers to use a standard transparent framework” said Reiner Block, CEO of the Industry Service Division at TÜV SÜD. “The certification covers a complete power plant with the relevant subsystems.”

Karim Amin, Executive Vice President Generation at Siemens Energy, added that hydrogen is an important building-block for decarbonising the energy supply and that an independent certificate creates certainty for investments.

“We’re proud to be the first manufacturer to receive this important certification” said Mr Amin. “If we design CCPPs today for future operation with hydrogen, they don’t just serve as a bridging technology to a CO2-free future, they’ll also make an important contribution to a reliable and affordable power supply in the long term.”

To meet ambitious climate goals, it won’t just be combined cycle power plants that are modified as hydrogen power plants. The certification offered by TÜV SÜD can be applied to a wide range of solutions. Siemens Energy already offers hybrid solutions with hydrogen generation, storage, and re-electrification. The company is currently involved in the construction of several power plants that are designed to be partially or fully hydrogen-fired.