Monday, 12 July 2021
0
Robin Whitlock
Last week, on Friday 9th July, HyNet North West launched its cross-party coalition to secure backing from the UK Government for its plans to transform the North West of England and North Wales into one of the world's first low carbon industrial clusters. 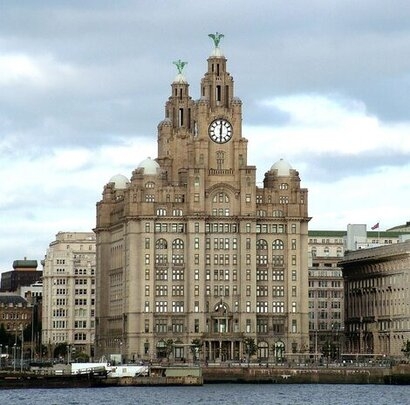 HyNet will supply clean hydrogen and store carbon dioxide, helping businesses across the region cut greenhouse gas emissions, reduce costs, and launch green products. It is one of several regional clusters nationwide bidding for ‘track one’ status from the government that will allow it to start operating by 2025. The submission for bids closed on Friday with the Department of Business, Energy & Industrial Strategy (BEIS) expected to take a decision in October.

Justin Madders, Labour MP for Ellesmere Port, and Andy Carter, Conservative MP for Warrington South, have joined HyNet North West as Co-Chairs of the cross-party coalition group that is urging the Government to select HyNet in the first phase of approvals and avoid delays that could hit businesses across the region.

HyNet will attempt to position the North West and North Wales as a global leader in clean energy. It would cut emissions quicker than other industry clusters across the country – reducing carbon dioxide emissions by 10 million tonnes every year by 2030, which is the equivalent of taking 4 million cars off the road. The project also aims to deliver 80 percent of the UK’s clean hydrogen target for transport, industry and homes for 2030 and 50 percent of the hydrogen needed to meet the UK’s 2050 net zero target. It will also catalyse job growth across the North West and North Wales. HyNet has the potential to deliver a £17 billion economic impact locally, protect more than 340,000 manufacturing jobs in the region, and help create 6,000 new low carbon roles. Nationwide, HyNet will support up to 75,000 jobs by 2035 and generate up to £31 billion GVA by 2050.

The project has received strong support from businesses that are ready to cut emissions, avoid rising carbon costs and invest in green growth. Last week Cheshire-based glass bottle manufacturer and filler, Encirc, said that joining consortium would help it protect 1000 jobs and create 200 new roles. Other companies that have backed the scheme include Progressive Energy, Cadent, Essar, INOVYN, Eni, University of Chester, CF Fertilisers and Hanson. The consortium is also working with Pilkington NSG, Unilever, Intergen and Viridor to integrate them into HyNet’s plans. Hydrogen production technology is being supplied by UK company, Johnson Matthey. Track one status would help these businesses deliver their investment plans and avoid disruption. The bid has been submitted by HyNet partner, Eni.

On July 14th, Justin and Andy will be chairing HyNet’s first virtual Open House event, where there will be an opportunity to hear more from them about their support for the project and from businesses who are part of the HyNet consortium, as well as find out more information about how to support the campaign in the coming weeks.

“The HyNet project gives the North West and North Wales an unprecedented opportunity to be at the forefront of the low carbon transition, establishing the region as a leader in the development of the hydrogen economy and accelerating the UK’s journey to net zero” said Justin Madders, Labour MP for Ellesmere Port and Neston and Co-Chair of the Coalition for HyNet North West. “I’m proud to be Co-Chairing this coalition to ensure the government delivers for this region.”

Andy Carter, Conservative MP for Warrington South and Co-Chair of the Coalition for HyNet North West, added that HyNet North West is essential for securing the future of the region, helping local businesses protect manufacturing jobs and build the region’s skills base in new low carbon industries.