Monday, 02 August 2021
0
REM
Global energy consultancy Xodus has launched a new report urging a bolder vision to enable the UK to become a global leader in the adoption of hydrogen. 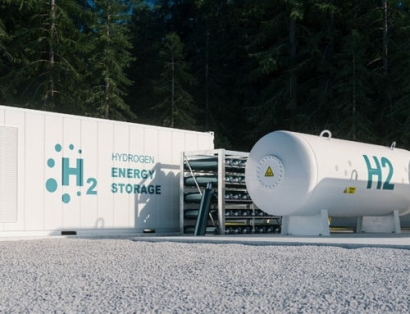 Titled, ‘The UK - the Global Hydrogen Centre’ and produced for the SPE Offshore Europe virtual conference, September 7-10, 2021, the research suggests the UK is ideally placed geographically, technically, financially and politically to be a global low carbon hub, spanning both green and blue hydrogen production and export.

The report urges UK companies to adopt a bolder approach to hydrogen, to become global players and the leaders in Europe, gaining associated first-mover advantages on the back of an ambitious hydrogen development program. With hydrogen infrastructure being classified as a ‘low-regret investment’, the UK should become the first country to blend significant amounts of hydrogen into a national gas network.

Furthermore, the UK government is encouraged to resist the temptation to deliver only green hydrogen to the continent as this is not in the country’s best interest. Rather than catering to a ‘green only’ ideal, the report advocates for blue or teal UK low carbon hydrogen, which is considered a low carbon and commercially accessible technology.

By creating apprenticeship opportunities early on, the UK can ensure its domestic workforce will be ready when required later this decade. A long-term joined up approach to the market would provide the freedom necessary for positive decisions to be made on which elements and aspects of this new supply chain are most beneficial to attract.

Kent Massey, principal advisor at Xodus, said, “Low carbon hydrogen has many advantages for the UK. Our abundant wind energy, extensive oil and gas infrastructure and proximity to major industrial centres mean that we should make the best use of this opportunity before it passes us by. Even given the scepticism surrounding hydrogen, we are in a place where to not lead in hydrogen would be a wasted opportunity.

“The technology in both green and blue hydrogen is sufficiently developed to enable world-scale projects to be planned but is also immature enough to enable UK engineering and technology firms to optimise and refine the processes. To miss this once-in-a-generation opportunity to position the UK as a leader in hydrogen would be irresponsible for all of us.”

In the UK Government’s ten-point plan for a green industrial revolution, it has committed to develop 5GW of low-carbon production capacity by 2030, with plans to create several renewable energy hubs based around hydrogen and CCUS.

The report is being presented at the SPE Offshore Europe virtual conference on Thursday Sept. 9, 2021, at 15:30 hours in the hydrogen technical session running from 14:30-16:00 BST hours. The conference is free to attend and registration is open.

Xodus advises clients on a broad range of energy topics from sustainability, energy mix diversification and environmental impact to new and emerging technologies. The company provides holistic support and insight through the integration of engineering, corporate management consultancy and environmental science.