Friday, 15 July 2022
0
Robin Whitlock
ACME Group, Scatec ASA and Yara International ASA have signed a term sheet for offtake from the first phase of green ammonia from Oman, a country that has excellent conditions for renewable energy and a strategic location to produce green ammonia for export to both Europe and Asia, which are the pacesetters in reducing CO2-emissions. 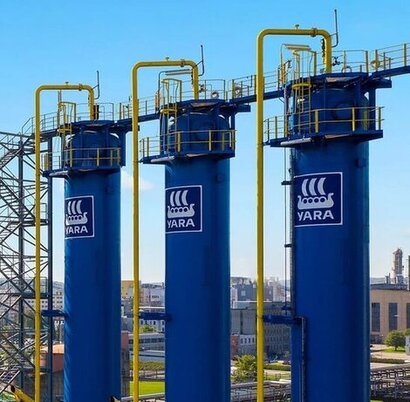 ACME and Scatec are already evolving the green ammonia project in Oman. The joint venture aims at building a state-of-the art facility. Yara is a front-runner in global ammonia production, logistics and trade and are growing the market for green ammonia that can be used for decarbonising other industries.

The parties have agreed the principal terms for offtake of 100,000 tonnes annually of green ammonia in a first phase, and potential further offtake from the projects second phase as this develops. This agreement is groundbreaking for enabling the partners’ first green ammonia project in Oman. For Yara the green ammonia supply will contribute to produce green fertiliser and for decarbonising other industries like shipping, power, and steel industry.

There is a growing need to accelerate decarbonisation of hard-to-abate industries through Power-to-X solutions such as production of green hydrogen, ammonia and other critical feedstocks powered by renewable energy.