Friday, 23 September 2022
0
Jane Marsh
Scientists and industry professionals worldwide are looking for ways to make human civilization more sustainable. One of the most crucial aspects of sustainable living is the responsible mining of renewable resources. Engineers at the Massachusetts Institute of Technology (MIT) have developed a new aluminum-sulfur battery that could change mining practices forever. 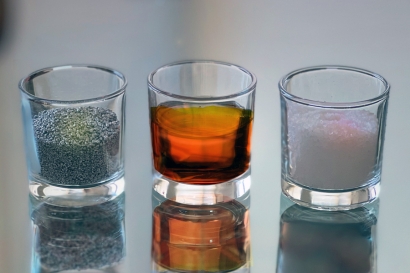 How did the battery get developed? Will it be able to replace the lithium-ion battery that has dominated the mining industry for decades? Let’s explore these questions and determine how impactful this new technology can be.

Lithium-ion batteries did their jobs well enough for many years, so why the sudden change? As with many other materials these days, lithium is scarce and expensive to mine. It broke the $40 per kilogram mark at the beginning of 2022 and continues to rise, largely because of the increased production of electric vehicles.

It’s also evident lithium batteries are too unstable. They can explode or catch fire if mishandled, causing severe injuries and damage. These mishaps are especially dangerous when people fail to recycle their batteries properly. Recognizing the need for a cheaper, safer and more accessible alternative, Dr. Donald Sadoway and fellow MIT engineers got to work.

How the Battery Works

The battery’s main ingredients — aluminum, sulfur and chloro-aluminate salt — are all cheaper and more common than lithium. They’re also not flammable, so they’re safe to handle in unstable environments. MIT’s test results found this new type of battery cell could withstand hundreds of charges without a drop in performance.

In some cases, the batteries charged to 100% power in less than a minute. They heated up in the process, but the engineers found they actually worked better at higher temperatures. The test results above showed better performance and charging speeds at 230° Fahrenheit than at 77°.

The chloro-aluminate salt is crucial for the battery’s success. It has a low melting point and prevents the formation of dendrites within the battery’s electrodes, thus also preventing short circuits and keeping the cell in good working condition.

Based on these results, MIT estimated an aluminum-sulfur cell would cost just one-sixth of a similar lithium-ion cell. However, the technology isn’t large or powerful enough to use on a grid scale. It would be more beneficial for individual homesteads, small businesses, EV charging stations and other applications of similar sizes.

Shaking up the Mining Industry

If the new battery lives up to the hype, manufacturers could cheaply mass-produce it and transport it to communities worldwide. It could also shake up the mining industry as few technologies have before, revitalizing prominent mineral mining regions and establishing new prosperous mining communities.

Aluminum is the most common mineral in the world after iron, so mining companies would have no trouble finding it. It’s also easier to extract than lithium. Mining it is still a resource-intensive practice, of course, but it’s a better alternative to lithium-ion because it’s infinitely recyclable. Seventy-five percent of aluminum mined in the U.S. is still in use today.

Sulfur is more difficult to mine and more destructive, which could pose a future problem for the new battery. However, researchers at Stanford University are working on a new mining strategy that extracts sulfur from wastewater. This research could significantly impact the new battery’s long-term viability.

The Start of Something Big

The mining industry has overhyped new strategies and technologies before, including lithium-ion batteries when they first introduced them. However, aluminum-sulfur batteries could be the start of something significant. These materials may take over the industry and become critical players in powering eco-friendly devices, helping to create a greener, better world.