Friday, 15 November 2019
1
Jenna Tsui
A new report, signed by more than 11,000 scientists, has declared a global climate emergency. Despite the recent surge of concern around climate change, experts believe current actions aren't enough. The report, one of the most urgent published over the last four decades, outlines six steps nations must take to prevent the worst effects of climate change. Otherwise, the entire planet could be at risk. 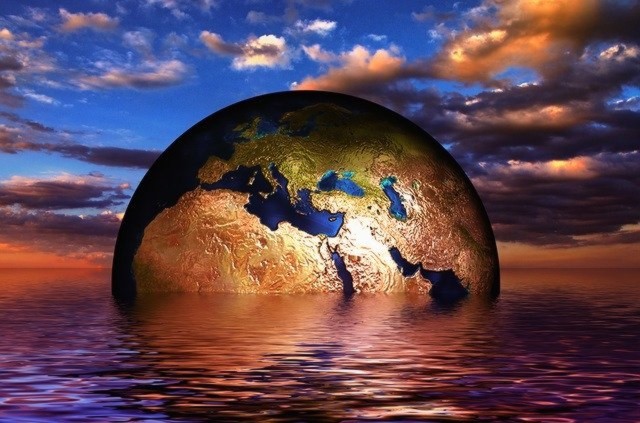 Climate change awareness has grown in recent years. Yet the tone taken by scientists has become more urgent. The latest report — which details the evidence for human-driven change and outlines actions needed to prevent it — joins a chorus of voices calling for international action.

What the Report Says

The report, titled World Scientists’ Warning of a Climate Emergency, details six steps nations will need to take to prevent climate change. These steps include reducing the consumption of animal products, shifting away from economies based on the extraction of natural resources and — in a break from other reports — stabilizing global population levels.

The report also details plans for reducing the production of short-lived climate pollutants, such as methane, which disperse into the atmosphere and trap in hot air.

The authors outlined the current scientific evidence pointing toward global warming, such as the reduction in Arctic ice cover, sea-level change, ocean heat content and total area in the U.S. burned by wildfires since 1983. They also prove how human behavior drives climate change with rising rates of energy consumption, global tree loss and population growth over the past 40 years.

The report's signatories come from a variety of nations, institutions and academic backgrounds, including climate science, ecology, biology and medicine.

The Public Discussion of Climate Change

The Scientists' Warning came days before the Trump Administration formalized the United States' withdrawal from the historic Paris Agreement. This agreement would commit the country to lowering the consumption of fossil fuels and emissions of greenhouse gases, some of the main contributors to global climate change. It would also require a regular report on how the country was committed to limiting global warming.

In recent years, climate change has become a topic of public discussion. Stories about activists are now a regular feature in major newspapers. For example, the recent coverage of Swedish activist Greta Thunberg, who visited the United Nations and toured the U.S. to speak on the urgency of climate change.

While the World Scientists' Warning is unique in its number of co-authors, the urgency of its tone and the content of its warnings are familiar. The report joins what has become a canon of scientific climate change writing that has found a popular audience. Vast numbers of people rarely read scientific articles, but reports on global warming are becoming something of an exception.

Earlier this year, for example, Vice reported on the psychological effects of reading another climate change paper. They looked at "Deep Adaptation: A Map for Navigating Climate Tragedy," written by Jem Bendell, a professor of sustainability at the University of Cumbria. The paper outlines the adjustments developed nations need to take to survive the coming decades, starting with the grim conclusion that there's no possibility of preventing climate change.

The World Scientists' Warning is a much more optimistic document and represents the push to grab the attention of world leaders. The frequency of these reports is likely to increase soon as major nations grapple with the implications of policies that could delay or prevent the worst.

Climate change has become a topic of widespread discussion. It's typical to see scientific reports discussed in newspapers and on talk shows. As major nations struggle to take action against climate change, this trend will likely stay the same.

As data collection and analysis become more rigorous, the overall conclusions of these reports — that climate change is happening, driven by human actions and could have severe impacts on everyday life — have not shifted much.

Many people disagree with climate change conclusions, despite mounting evidence. Will this report be enough to convince people that action is a must? It's hard to tell. However, we can say this report reflects a growing urgency felt by scientists around the world.

Jenna Tsui is an environmental and tech journalist hailing from Texas. With a degree in IT and a passion for sustainability, she frequently writes about the intersection of the two subjects and loves to discover new environmental tech. She also co-owns The Byte Beat blog and writes for sites like Blue & Green Tomorrow, Green Journal, and Get Green Now. Check out her work on TBB or follow her on Twitter @jenna_tsui .

Add a comment
Chris
In this video, Ezra Levant proves without any doubt that the 11,000 scientists are anything but: https://youtu.be/Vs3ZPGLPiss Among them: - a retired general physician - A MAGA hat wearer who majored in \"BS Detection & Analysis\" GET IT? - a data analyst at a hospital - a physical therapist - a sociologist - a cheif scientist who paid $6500 for a PhD from a non-accredited university in a Honolulu high-rise To be clear, the vast majority of the 11,000 are nowhere close to being scientists, let alone climate scientists. The study itself? It\'s a 4-page press release from a 10-page climate blog run by an Oregon State student, with no new science, just graphs from prior studies. ANYONE COULD SIGN IT, EVEN A ROBOT. Please, please, please think about this and try to undestand that climate change is, in fact, a hoax.
energy saving