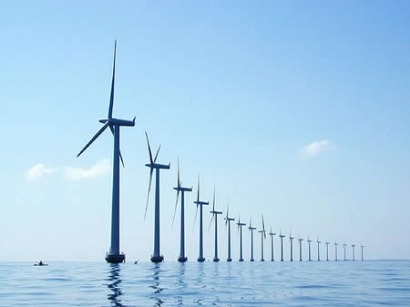 Financing renewable energy has never been more important. Around the globe, from the United States to China to Brazil, energy needs are growing at an ever faster rate while the traditional carbon-based energy complex is under a great deal of strain. Global warming is a key issue that needs to be addressed. And the need and desire to ensure energy security is of paramount concern for many nations.

Renewable energy can provide many of the solutions: it’s kinder on the environment, is sustainable and because it’s local it removes the need to import energy sources from politically unstable or unfriendly nations. But there’s a problem: funding infrastructure projects is no easy task. The capital markets in general and securitization in particular could be of significant help. But in the United States at least, part of the issue stems from the fact that financing renewable projects is too dependent on cash grants and tax credits which have to be renewed every few years by Congress. The Investment Tax Credit (ITC), for example, is applied to a project immediately while the PTC is based in the amount of energy produced.

Being dependent on Congressional whim makes it hard to secure long-term funding. So I propose two solutions to channel capital towards long-term financing of renewable energy projects.

A GSE for renewables

I know that calling for yet more government support after the financial crisis of the past few years may immediately strike many as unpalatable. So let me explain the reasoning.

Financing alternative energy is already heavily dependent on government support. One of the major ways this happens is by using so-called tax equity: selling, at a discount, tax credits that stem from operation losses. Of course, in order to take advantage of investing in tax-credits, an entity has to have income to offset the tax credits and reduce its taxable income.

Unsurprisingly, the economic downturn hit that market hard: the Solar Energy Industries Association reckons the number or tax-equity buyers shrank from around 30 to just seven or eight. The 2009 American Recovery and Investment Act helped out in the by providing cash grants instead. Most projects since have used the cash grant to source investor capital. And they allowed more investors to participate in the renewable energy projects: hedge funds, for example, have been active lenders, receiving the cash-grant within 60 days of a project starting. But these grants were scheduled to expire at the end of 2010 unless Congress renewed them. Regardless of whether it did, though, replacing such stop-gap and ad hoc measures with a more robust debt guarantee program, with proper oversight of course, would be a marked improvement.

Consider just how much investment globally is needed. The International Energy Agency estimates that $10.3 trillion will be required to fund alternative energy projects over the next two decades just to maintain the climate stabilization target of not allowing temperatures to rise by more than 2 degrees Celsius.

Yet in 2009 just $162 billion was invested, according to Bloomberg. That’s less than a third of the IEA’s average annual base case estimate and 7 percent lower than the year before. Virtually all the capital came either from companies tapping their own balance sheets or from the bank loan market. And both sources are limited. Moreover, the bank market is likely to shrink further thanks to regulatory changes such as the Basel III rules that require financial institutions to hold more short- and long-term liquidity and more Tier 1 capital in general and even more capital in particular against lower-rated loans and securities they hold. So even as the economy recovers, banks will be taking risk off their books.

That ought to be an opportunity for the capital markets to exploit. The idea of a climate bond has been around for some time. But securitization could play a large role, too. Both secured and unsecured bonds can be more appealing than bank loans thanks to being able to offer longer maturity tenors, third-party credit enhancement and more flexible covenants. They also, of course, can tap into a much larger investing universe.

And securitization offers both debt and equity financing of portfolio assets with lower correlation and increased diversity and stronger credit enhancement. The structures can be more efficient and offer better leverage for equity investors. Credit risk can be delinked from the asset originators and the structure can isolate the assets in a bankruptcy remote vehicle to protect against the originators defaulting.

Of course, securitization has its own challenges. Regulators around the world, including the Securities and Exchange Commission, are weighing how to impose mandatory risk retention rules on originators securitizing their assets. If the final rules require lenders to keep a 5 percent vertical slice, it might be relatively manageable. But if regulators decide that keeping 5 percent of the first-loss position is preferable, banks would have to set aside up to 10 times as much capital, which is bound to be prohibitive.

A role, at last, for covered bonds?

The second solution I propose is to combine REGSE support with a covered bond market mechanism to provide additional liquidity for banks to recycle their capital and access the structured finance markets for renewable energy projects If originators have to retain risk, a covered bond market would allow the balance sheet capital provider to recycle the capital after a project is out of the build out and has achieved a certain amount of seasoning in power generation and revenues before securing permanent financing from the securitization market. Access to the covered bond market would allow Banks to recycle their capital in an efficient manner and allow investors to participate in high quality renewable energy projects. The flow of capital would increase substantially to the sector. The ratings on the projects could be enhanced via GSE support on the senior part of the structure. The capital ratios for banks could benefit by reducing the overall risk with REGSE support.

A GSE-style guarantee, though, would render some of the challenges moot, assuming renewable energy loans were granted the same risk-retention exemption as qualifying mortgages look set to.

It’s not a new idea. The Coalition for Green Capital (CGC), a non-profit organization in Washington, DC, has been pushing for the government to establish a Green Bank that can cultivate “a stable, long-term investment environment, lasting for a decade, to encourage profitable business deployment of sustainable energy.” CGC’s proposal includes creating an Energy Independence Trust – a non-profit company run by the private sector as a federal corporation along the lines of a GSE entity that would provide low-cost, long-term financing for energy projects.

Congress has been mulling similar plans, too. The “American Clean Energy and Security Act (H.R.2454) seeks to establish a new Clean Energy Deployment Administration (CEDA) “to promote access to affordable financing for accelerate and widespread deployment” of clean energy, energy infrastructure, energy efficiency and manufacturing technologies. The House version of the bill has provisions that allow CEDA to guarantee tax-equity deals and power purchase agreements. The bill also allows CEDA to provide credit support to a portfolio of taxable debt obligations for energy efficiency and to install renewable energy capacity, though it’s limited to 2MW. The Senate version of the bill allows CEDA to use financial mechanisms including securitization, indirect credit support, other means of credit enhancement and secondary market support through lending on the security of debt for clean energy technology. Funding for CEDA would come directly from the U.S. Treasury and would not be subject to congressional appropriations. The House passed the in June 2009 but it is still stuck on the Senate Legislative Calendar.

These aren’t ideal proposals, but they do demonstrate that Congress recognizes the viability of and need for securitization as a key financing tool for the renewable energy sector.

But more is needed. A GSE-style guarantee would allow the financing of longer dated maturities of debt as well provide cheaper debt financing and equity leverage for projects. A combination of regulatory policy initiatives similar to CEDA, development of Green Banks and the Covered Bond Market, Government guarantees may allow us to create the appropriate securitization structures with the right combination of leverage and a lower cost of capital for energy infrastructure projects. Investors and our society will benefit from access to a new asset class.

Editor’s Note: This article was previous published in the American Securitization Journal, Winter Edition, in January 2011. John Joshi is a managing director at CapitalFusion Partners LLC an advisory firm focused on renewable energy and infrastructure project. He also runs the Carbon Finance & Securitization group on LinkedIn Mr. Joshi can be reached at: jjoshi@capitalfusionpartners.com.